Creatine is one of the most popular supplements for bodybuilders and athletes in general. When talking about their stack, it is almost certain that, creatine is included in the list of supplements most amateur and professional athletes use.

It has achieved it’s popularity because, when it comes to promoting muscle growth naturally, it is virtually unequaled.

Although the benefits of creatine supplementation have been scientifically proven, there are still a lot of myths surrounding it.

When I was asked to do this review for MusclePharm’s Creatine, I thought it would be a great opportunity to explain what it is and how it works, before reviewing the company and its product.

What is Creatine and how does it work?

Creatine is a naturally occurring amino acid made in our liver, kidneys, and pancreas from the non-essential amino acids arginine, glycine, and methionine. It is also readily available in meat and fish. Our body can produce about 2grams each day under a normal diet.

The body converts raw creatine into creatine phosphate (or phosphocreatine) and then it is stored in the muscles, until it’s needed for energy. During high-intensity, short-duration exercise, such as lifting weights or sprinting, the phosphocreatine is converted into ATP (Adenosine Triphosphate), the main source of energy we use.

Without getting too scientific, it works like this:
For a muscle to contract, it takes a phosphate molecule from ATP. As a result, ATP becomes ADP (Adenosine Diphosphate).

The problem lies in that we can’t use ADP for energy and our body can only store so much ATP. As our natural store of ATP runs down, so does our energy level until fatigue sets in. It’s like a battery going flat.

When this happens, your body takes a phosphate molecule from your store of Creatine Phosphate and adds it to ADP to make more ATP. The end result is more energy for an extended period.

By supplementing with creatine, you increase the availability of the extra phosphate molecules needed to make ATP and therefore increase your stamina / energy levels during workouts or high energy sports.

This is an easy one to explain. Because you have more available creatine phosphate when you take it as a supplement, the increase in ATP production allows you to work out longer.

Alternatively, keeping the reps the same, you may be able to perform an extra set.

Over time, the added workload allows you to add lean muscle mass, becoming stronger and able to lift heavier weights, for a longer period of time.

Other Benefits of Creatine

Besides the bodybuilding and sporting benefits, creatine is used to treat people with a whole range of health issues. These include but are not limited to: muscle disorders, heart disease, bone and cartilage problems, brain disorders and diabetes. I could write a whole series of articles on the studies, findings and benefits in this regard.

Overall, the benefits I’ve listed above should make it clear that Creatine is a worthy addition to anyone’s supplement regime.

However if you want more information about it, be sure to read our next review about Optimum Nutrition’s Micronized Creatine. In that review, we’ll discuss some of the myths about creatine, dosage, stacking with other supplements and side effects.

I’ve written in depth about MusclePharm in our review of their Combat Powder, so here I’ll just give you the basics.

In short MusclePharm is a relative newcomer to the supplement industry, but has earned a reputation near the top of supplement manufacturers and picked up some industry awards along the way.

The company is headed by former elite athletes and aims to produce high quality supplements, with no banned or dangerous substances through constant research and development.

If you want to read more about the company, checkout our Combat Powder review here. 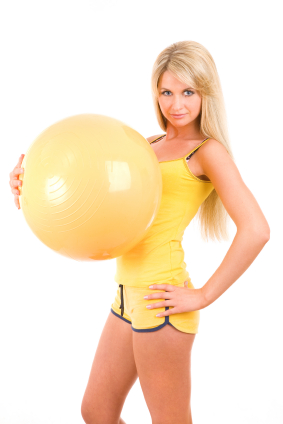 Like I said, it sounds great, unfortunately a lot of the claims made about each form of creatine aren’t supported by research as yet. That’s not to say they are false, I just don’t believe in making great claims about your product until it has been fully tested… independently.

This is a big sticking point to me because, with such a well researched and proven supplement as creatine, it should have been an open and shut case. Instead MusclePharm have gone about patenting their “new improved” version to their own detriment.

On the plus side, with 5gm of creatine per serve, there is no loading phase required with this creatine supplement, as it delivers the recommended daily dosage in one scoop.

As an amino acid, there is virtually no calorific value.

I’ve mentioned many times in my reviews that taste is unimportant to me. It’s about the quality of the supplement.

MusclePharm’s Creatine is unflavored which doesn’t mean it has no taste. Creatine in its natural form is quite bitter and this supplement is no different from other unflavored brands. If you don’t like bitter tastes, consider a brand with flavorings.

In the promotional material for this supplement, MusclePharm state Creatine Nitrate is “the most soluble form of creatine” and Dicreatine Malate as “highly soluble”. This doesn’t translate well when you actually mix the stuff.

I added it to water and it sank straight to the bottom and stayed there no matter how much shaking I gave it. Putting it in a blender had the same result except the particles were made smaller. Finally I found the answer. If you mix it in warm – very warm water it dissolves very well.

However, if you leave it to stand to cool down, not only do the particles once again drop to the bottom of the container, the creatine will be beginning to biologically deteriorate.

As a final blow on the topic of mix-ability, I’ve heard several reports of different texture, taste and smell between containers. This points to either a problem with quality control, they are using fillers or that MusclePharm are experimenting on improving their formula as they go along.

I hope it’s the latter.

As far as cost goes, Creatine is a reasonably expensive supplement, no matter the brand you buy. This is mainly due to the dosage during the loading phase with up to 5 doses daily depending on your regime. Here MusclePharm comes in lower than their competitors because there is no loading phase needed with their product.

It comes in a 60 serve (300gm) container with a recommended retail price of $56. However, it is heavily discounted on many websites with the cheapest I found being $14.95 ($0.25 /serve) at www.strongsupplementshop.com

Overall, I think MusclePharm are a very good company. However I think they’ve come up short with this Creatine.

The issues with, what seem to be over inflated claims but more concerning, the difference in textures etc and the very poor mix-ability mean that I do not recommend this supplement.