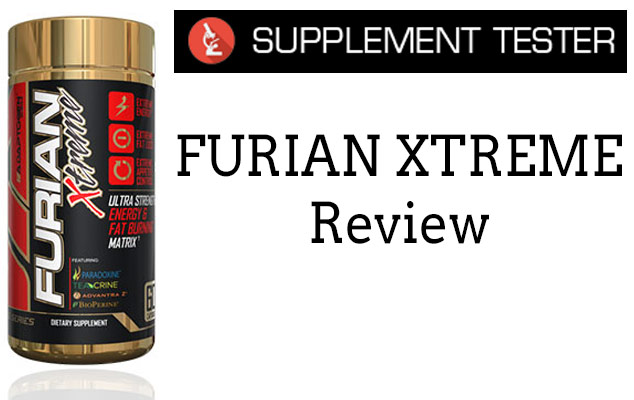 We always get excited when we see new products, and this is no exception. We couldn’t wait to get our hands on Furian Xtreme by Adaptogen Science – it contains some good ingredients from first glance, so it’ll be interesting to look deeper into it.

This is alot of claims for a company to advertise. If Furian Xtreme is able to deliver on these claims, then it’ll be without a doubt the best fat burner yet…but we’ve seen many fail to match their advertising before.

We’ll start by saying we’re not too impressed by Adaptogen Science’s website…we didn’t learn anything about this company at all.

The only thing we saw was that they sponsor some athletes, such as male BJJ competitor, Cyborg. But that’s about it.

So we’re hoping that this product is alot better than their website; it’ll have to be, to match those big claims!

Our first impressions of this fat burner isn’t bad; it doesn’t contain any proprietary blends, so this is definitely a positive. Why? Because we always prefer to see the exact dosages of nutrients inside products we consume – it’s better knowing what you’re putting into your body.

However, after taking a closer look, we realized that it’s missing some key ingredients such as Green Tea Extract. Not only that, we couldn’t see any nutrients that are proven to supress your appetite – so it’ll be interesting to see how Adaptogen Science has managed to tick off this claim.

But that’s not all; Furian Xtreme only has a serving size of capsule per day. We prefer serving sizes between 3-4 capsules per day, as this keeps your body fuelled with the nutrients it needs to boost its metabolism and burn more fat! 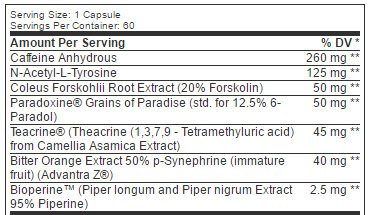 If you’re wondering what caffeine anhydrous is; it’s basically caffeine in powder form so it can be added into supplement capsules. And it’s proven to be the safest and most effective stimulant you can find in fat burner.

As you know, it’s everyday in coffee & tea, so there’s no questioning it’s safety. But if you’ve consumed too much coffee before, you know that it can give you a jittery feeling.

Well, you can avoid this by consuming under 200mg per serving. The problem is, Furian Xtreme contains 260mg caffeine per serving – so those sensitive to this stimulant might suffer from jitters and crashes.

Not only that, as Furian Xtreme’s serving size is 1 capsule daily, you’re consuming this in 1 big dose; to put this into perspective, this is more caffeine than many pre-workouts contain…

This is why we prefer serving sizes of 3-4 capsules daily – it helps spread out the overall caffeine dosage to stop you from suffering side effects, and help you benefit from each nutrient throughout your day.

L-Tyrosine is known for its ability to improve cognition. As a result, it’s often added to Nootropic supplements – where we believe it’s a key ingredient.

But here’s the bad news; L-Tyrosine isn’t needed in a fat burner supplement. In a nutshell, caffeine offers enough boost in focus for a fat burner – remember you’re buying a fat burner to help you shred the weight, not improve your cognition…that’s exactly why nootropics are made.

This herb has been used in traditional medicine – and it’s thought to boost your testosterone levels and promote fat loss.

It’s actually a promising nutrient in the supplement world. However, for now, there hasn’t been many studies to prove it works.

As a result, it’s an unreliable ingredient.

This is a spice that’s believed to offer similar benefits to chilli peppers (but is actually part of the ginger family). In a nutshell, it’s supposed to raise your body temperature and boost your metabolism.

However, not much is known about this spice yet – meaning it’s not known whether it’s completely safe or effective. As a result, it’s an unreliable ingredient in Furian Xtreme.

This isn’t a good addition to a supplement when caffeine is already inside. In a nutshell, it’s another stimulant that’s believed to offer the same benefits as caffeine.

However, there hasn’t been many studies to prove whether it’s safe yet. Early signs suggest that it can raise your metabolism (like caffeine can). But we’ll be waiting for further studies to back these claims up.

For now, we’ll stick with caffeine. Not only that, as Furian Xtreme already contains caffeine, this increases your risk of suffering from jitters and energy crashes.

Also known as synephrine, this is on our blacklist of ingredients to avoid. Basically, it’s known for its ability to help burn fat – but it comes at a cost.

Why? Well, synephrine has been banned in certain countries after causing harmful side effects (we’ll list these in the side effects section further down).

As a result, we recommend you to avoid any supplement containing synephrine – to stay safe.

This is basically black pepper – yes, the same stuff you put on your food. But it delivers a benefit that not many people know about.

Basically, black pepper extract can improve the absorption rate of a product – helping you digest the nutrients better. Although it’s never a key ingredient, it can be a useful one.

But as there’s many key nutrients missing in Furian Xtreme, we would’ve preferred to see green tea extract or glucomannan here instead. 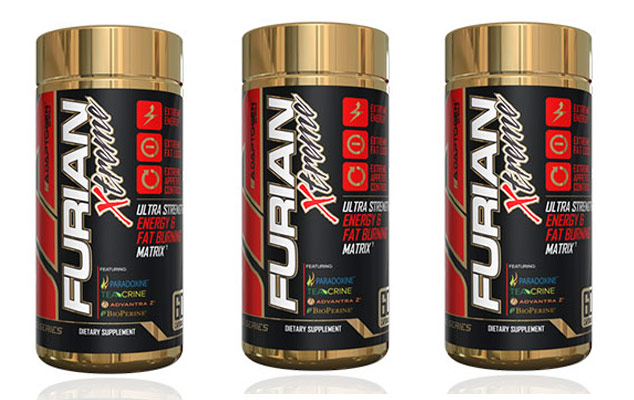 We never understand why companies feel the need to add 2 stimulants into 1 fat burner. An optimal dosage of caffeine is enough to deliver the benefits needed for these supplements; the problem is, Adaptogen Science has included theacrine too (which increases your risk of suffering from jitters and energy crashes).

Not only that, Furian Xtreme also contains synephrine (bitter orange extract) which has been banned in certain countries after causing harmful side effects.

Check out the risks from consuming Furian Xtreme:

After examining the nutrients inside Furian Xtreme, there’s no way it can match the claims advertised by Adaptogen Sciences.

Here’s why; it contains no ingredients that’ve shown to suppress your appetite. Not only that, it’s missing tried-and-tested key fat burning nutrients – containing unreliable ingredients instead.

It’s always better to see proven nutrients on an ingredient list; this ensures that you’re not wasting your money. Unfortunately, Adaptgen Sciences didn’t do enough research when formulating Furian Xtreme.

We suggest that you take a look at the best fat burners on the market instead – so you spend your money wiser.