Which is the better fat burner for women?

That’s the golden question. The difference between the 2 products, is that 1 is designed as a specialist fat burner, regardless of gender, while the other is specifically targeted at females.

But will this make a difference? Let’s find out…

These are all the key benefits we look for in every fat burner, but as both contain different ingredients in different dosages, one must be better than the other.

To help you make your decision, we’ll be looking at which fat burner is more likely to be safe and effective – to help you tone-up and pop that booty.

Roar Ambition are the company behind Instant Knockout; they originally formulated it for MMA fighters and boxers, to help them cut weight before fights.

However, since it was released to the public, this fat burner has become a hit with both men and women. In fact, it’s endorsed by the ‘Queen of Workout’s, Alexia Clark, who we can all agree has figure to admire.

Ultimately, it’ll be interesting to see how it compares to a fat burner that’s specifically designed for women.

FitMiss is a female-targeted brand created by MusclePharm, so although it’s a fairly new brand, it should have some expertise behind it from the starting line.

We haven’t been very impressed by female orientated fat burners in the past, so we’re hoping that FitMiss’ Burn will change our minds about them.

Here’s the important section. The ingredients inside these products will help you see which product is more likely to actually work.

But it’s not good enough to simply look at which ingredients are inside; you need to check whether they’ve been optimally dosed or not.

We appreciate that this can be hard work if you don’t know much about the nutrients inside fat burner supplements. So to save you time and effort, we’ll tell you everything you need about each ingredient.

First, we’ll take you through the ingredients inside both fat burners. After that, we’ll see which product contains the better ‘unique’ ingredients.

But you need to know about proprietary blends…

Alright, so one big problem with FitMiss Burn, is that it contains numerous proprietary blends; you’ll see from its ingredient list, that there’s tons of ingredients thrown into groups titled under different ‘stages’.

Well, this is a bad thing, as you’re not given the exact dosage of each ingredient inside these blends – meaning it’s almost impossible to determine how effective they are.

With this in mind, we’ll still do our best to compare the Instant Knockout vs FitMiss Burn effectively for you.

As we mentioned, we can’t see whether FitMiss Burn contains an optimal dosage of this nutrient, due to it being inside a proprietary blend.

Ultimately, this should also highlight why you should try to avoid fat burners containing proprietary blends.

Caffeine Anhydrous is the only ingredient in FitMiss Burn, where you’ve been shown the actual dosage (150mg per serving). This is actually a sensible dosage, resulting in 75mg caffeine in each capsule.

Instant Knockout contains more Caffeine Anhydrous overall, as it offers more capsule servings throughout the day to keep you topped up. However, it contains the exact same amount of caffeine per capsule as FitMiss Burn, so neither fat burner will cause jittery side effects.

Not many of you will know what glucomannan is, but it’s nothing too complicated or exotic; glucomannan is an ‘almost zero’ fiber that’s able to safely expand in your stomach.

What does this do? Answer: makes you feel full for longer, decreasing appetite.

However, we find that it’s most effective when consumed in over 1,000mg dosages. As you’re not given the exact dosage inside FitMiss, you can’t be sure whether there’s an effective dosage inside.

As a result, we definitely prefer Instant Knockout’s clean-cut 1,800mg dosage of glucomannan, which is very likely to work.

Again, as Cayenne Pepper Powder is inside a proprietary blend, you’re not shown the exact dosage of this ingredient inside FitMiss Burn.

However, the good news is that Cayenne Pepper Powder can be effective from dosages as low as 100mg; this makes it almost impossible to underdose, so there’s a good chance FitMiss Burn contains this amount.

Saying that, we prefer Instant Knockout here again, as they’ve clearly shown you that it contains the optimal 100mg dosage of this chilli pepper inside.

So what does Cayenne Pepper Powder do? Answer: raises your body temperature, which boosts your metabolism and promotes fat loss.

As we’re fairly confident FitMiss Burn will contain at least 100mg Cayenne Pepper Powder, we’re willing to give it the ‘benefit-of-the-doubt’ here.

Many of you will be eating green vegetables knowing that they’re healthy – and you’re not wrong.

But do you know why they’re healthy? Answer: green vegetables like broccoli contain Chromium, which reduces insulin resistance (which promotes fat loss and lowers your risk of diabetes too).

Both Instant Knockout and FitMiss Burn contain this nutrient, and as you don’t need massive dosages of Chromium for it to work, we’re happy to call this a draw too.

However, as Instant Knockout contains guaranteed-to-be better dosages of all these ingredients, we’ll be giving it the victory in this round.

Now that we’ve shown you which ingredients both products have in common, we’ll go through the ingredients that sets each product apart.

Ultimately, you’ll really be able to see the difference between the 2 fat burners after reading this section, so let’s get on with it! 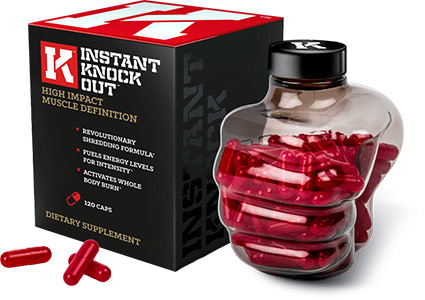 This is the most significant ingredient that is unique to Instant Knockout; it’s shown to promote fat loss by raising your metabolism (due to being a proven thermogenic).

A great addition to any fat burner supplement, so we’re happy that Roar Ambition did their homework here. Although if we were to be overly critical here, we would have preferred to see a bigger dosage of Green Coffee Extract than just 100mg.

If you’re wondering, yes, this is the same stuff that you sprinkle on your food to make it taste better.

However, it’s more useful than you might think; Black Pepper Extract has shown to improve the overall absorption rate of supplements it’s added to – not bad, eh?

So while it’ll never be a key addition to any fat burner, Black Pepper Extract is definitely a useful bonus to have in Instant Knockout. 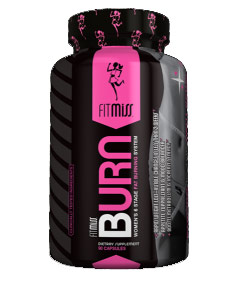 We’ve grouped these 2 stimulants together, as we’ll give you the same warning for both of them; it’s always a good idea to keep an eye on the amount of stimulants you consume, to avoid jittery side effects.

Well, as this is contained alongside Caffeine Anhydrous in the ‘Stage 1&2’ proprietary blend, you’re at risk from suffering from side effects with FitMiss Burn.

There’s simply no need to consume more than 1 stimulant in sensible dosages. So this is a rookie mistake by MusclePharm & FitMiss here.

Whenever we see Dandelion Extract inside a fat burner without it providing any warning that it contains a diuretic, we’re disappointed.

Why? Answer: diuretics cause dehydration if you don’t increase your water intake while consuming them, which can then lead to more serious health issues.

Also, companies often add them in as a ‘gimmick’; you’ll look like you’ve lost weight, when all that’s happened is you’ve lost water weight due to consuming a diuretic.

Not only that, the main problem is that it’s contained in a proprietary blend, so if there’s a large dosage of dandelion extract here, you’re risk of suffering side effects is increased.

Roar Ambition clearly did their homework while formulating Instant Knockout, as it’s not likely to cause any side effects; just make sure that you don’t consume too much coffee while taking it, although this is a general warning for any caffeinated products.

However, as all the ingredients inside FitMiss Burn’s are inside proprietary blends, there’s a chance you might suffer side effects due to it containing diuretics.

Not only that, as FitMiss Burn’s contains 3 stimulants (mostly in unknown dosages), there’s a high chance you’ll suffer jitters and energy crashes too.

As a result, Instant Knockout has delivered a serious blow to FitMiss Burn’s chances of victory here.

As soon as we saw FitMiss’ ingredient list containing numerous proprietary blends, we knew there was going to be problems; we don’t recommend consuming unknown quantities of nutrients at any time.

However, it got worse and worse for FitMiss Burn, after we revealed it contained 3 different stimulants, which makes it almost certain that you’ll suffer from jittery side effects.

It’s a shame, because FitMiss Burn contains some great fat burning nutrients. But remember that we said at the start, even the best ingredients can be ineffective when not dosed optimally.

As a result, FitMiss managed to make it to the end of the battle, but Instant Knockout wins via unanimous decision here.