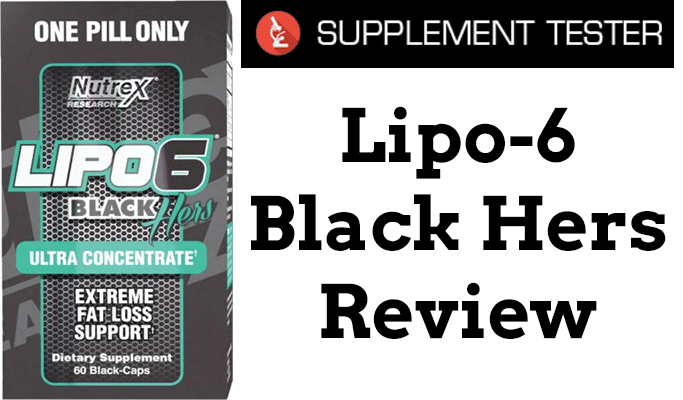 We’re always interested in products marketed specifically at women. But we also ask ourselves “are they really necessary?”.

The advertising for this product is very unique; they’re proud of this product only offering 1 capsule serving sizes.

However, in our experience we found that 3-4 capsule servings are the best (as this keeps your body fuelled with essential ingredients needed to burn fat).

The company that make Lipo-6 Black Hers is Nutrex. They’ve become a big name in the industry, and are actually well-known for their Lipo-6 series of fat burners.

In fact, we found this on bodybuilding.com as one of the websites ‘best sellers’ in the fat burner supplements category. So we’re expecting big things from Lipo-6 Black Hers.

Now we’re onto where our expertise can really help out – looking at the nutrients inside Lipo-6 Black hers.

Straight away, we’re hit with both negatives; Nutrex has included a proprietary blends when formulating this fat burner (which you can see on the ingredient list titled “Ultra Concentrated Fat Loss Support”.

Why is this bad? Well, it means that you can’t see the exact dosages of each ingredient inside Lipo-6 Black Hers. This increases your risk of side effects, as well as the product being useless.

Not only that; this fat burner also contains some potentially harmful ingredients – such as Synephrine. Adding nutrients like this into proprietary blends only makes things worse…

Anyway, we’ll tell you more about the nutrients below. 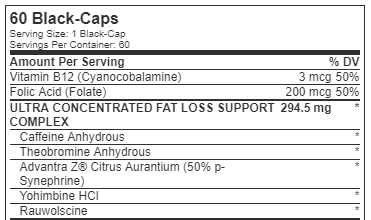 Usually, we’re very happy to see caffeine on ingredients lists; it’s the best stimulant you can find in supplements and has proven to help raise energy levels (which is useful when you’re cutting calories).

However, the problem is that it’s part of a proprietary blend; as stimulants can cause jittery feelings and energy crashes, it’s not a good idea to put caffeine into these blends.

Ultimately, as caffeine is inside this blend – you’re at risk of suffering from these side effects, especially as you’ll be consuming the full dosage in 1 serving.

This is one of the reasons why we prefer fat burners that offer 3-4 capsule serving sizes; it spreads out the dosages of such ingredients as caffeine, which lowers the risk of side effects too.

This is a problem; theobromine is another stimulant. We just mentioned that caffeine can cause jitters and energy crashes when consumed in large dosages.

Well, adding theobromine to the “Ultra Concentrated Fat Loss Support” blend has only increased your risk of suffering from these side effects.

We believe that fat burners only need caffeine as the only stimulant – to offer you the benefits needed to lose body fat. So there’s no reason for companies to add extra stimulants such as theobromine here.

As we mentioned at the start of this section, synephrine is one of the worst nutrients in fat burners.

Why? Well, it’s been banned in countries due to causing harmful side effects – as a result, you shouldn’t be risking your health by consuming this ingredient.

The fact it’s inside a proprietary blend only puts you at further risk of harm.

Right, we just mentioned that synephrine is a negative nutrient to consume. Well, it hasn’t gotten much better with Yohimbine here.

Why? Because yohimbine has been banned in countries for the same reason as synephrine.

As a result, this is another nutrient that we recommend to avoid.

Rauwolscine only adds further misery to this proprietary blend. While this isn’t officially as harmful as synephrine and yohimbine (meaning it hasn’t been banned in as many countries), Rauwolscine has still proven to cause unwanted side effects.

In fact, this molecule is structurally very similar to yohimbine – which explains why its equally as harmful.

Anyway, the bottom line is that the proprietary blend puts you at serious risk. 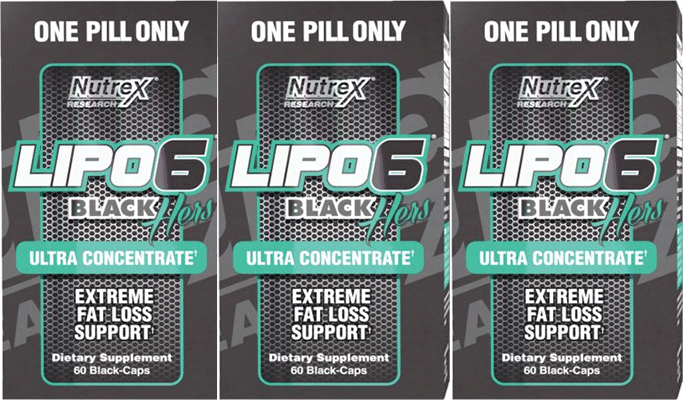 This is the section you’ve probably been waiting for – especially after we’ve told you that numerous ingredients.

Well, we’ll remind you that proprietary blends increase your risk of suffering from side effects (especially when they contain stimulants). As Lipo-6 Black Hers contains 2 stimulants, there’s a high chance you’ll suffer from jitters here.

Not only that, synephrine, yohimbine & rauwolscine can cause a list of side effects too long for sentences. As a result, we’ll bullet point below:

After analyzing Lipo-6 Black Hers, we don’t believe that this fat burner is better for women that other fat burners we’ve reviewed. In fact, it’s convinced us even more that unisex products are better.

Don’t be fooled by the ‘for women’ advertising for this fat burner; with the exception of testosterone boosters, all gym supplements are safe for both men and women to take (if they’re formulated correctly).

As a result, we recommend you to check out the best fat burners on the market – instead of wasting your money on this product.