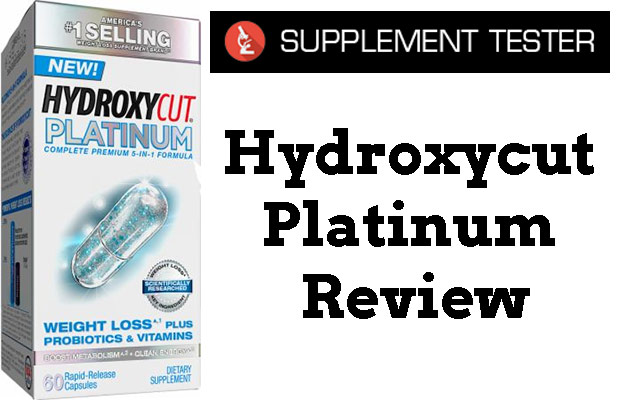 We were actually quite surprised to see that we hadn’t reviewed this fat burner already – MuscleTech’s Hydroxycut series are one of the most reputable supplements on the market, so we didn’t hesitate to get this ordered for a SupplementTester review.

It’s designed to deliver the right benefits, but what’s interesting is the marketing for the product; the pictures and advertisements on bodybuilding.com make it seem like Hydroxycut Platinum is aimed to women, but there’s no mention of ‘for women’ anywhere on the packaging.

Anyway, let’s get this review started.

MuscleTech are one of the giants of the supplements industry. In fact, if you know about supplements, it’s hard to miss this brand.

Their ‘Hydroxycut’ series are what has gained them a great reputation – so we’re interested in seeing whether Hydroxycut Platinum can live up to MuscleTech’s reputation.

Let’s take a look at what’s inside this fat burner.

One thing we noticed with most of the ‘Hydroxycut’ fat burners by MuscleTech, is that it’s common for them to contain proprietary blends.

Not knowing the dosages of ingredients are bad for a few reasons – you can’t see whether the nutrient has been dosed optimally (so you don’t know whether it works), and stimulants can cause side effects in high dosages.

For this reason, it’s only logical that proprietary blends increase your risk of side effects. But the big reason why we hate these blends, are because companies use them to lower their costs while keeping the prices of their supplements high (if you don’t know whether the nutrients inside have been dosed optimally or not, why wouldn’t they?).

Anyway, you should have gotten the point by now…so we’ll examine the nutrients inside, so you can get a taste of what this fat burner is like. 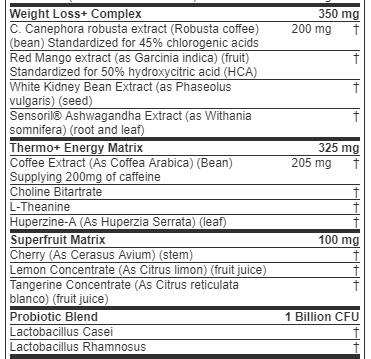 This is the first example of why you should avoid supplements containing proprietary blends.

Otherwise known as Irvingia Gabonensis, this is believed to promote fat loss. But it’s more commonly used in the production of cosmetics (due to containing fatty acids).

Anyway, back to supplements; no study has actually shownthat red mango extract helps you burn fat – making this an unreliable ingredient.

In fact, after looking at the science behind red mango extract, we’re confident that it doesn’t promote fat loss.

So now we have a big problem – as red mango extract is part of a proprietary blend, it might be filling it (which would make the blend mostly ineffective).

As we mentioned, companies like to cut costs by adding these blends – and one way to do this, is filling them with cheaper, ineffective ingredients such as red mango extract.

This is believed to be a ‘carb blocker’ (meaning it’s thought to prevent you from experiencing insulin spikes after consuming carbohydrates).

However, there hasn’t been enough research to prove whether it actually works. Not only that, the few studies that show it works, suggest you need dosages of 800mg per serving.

As white kidney bean extract is inside a proprietary blend – you don’t know whether it’s been dosed optimally (which would mean it wouldn’t work at all).

Ashwagandha is a herb that’s believed to improve your general health and reduce anxiety.

Not only that, this has shown to improve your strength in the gym. However, one thing it doesn’t do, is promote fat loss.

As the main reason you would buy Hydroxycut Platinum for is to lose weight – we consider ashwagandha extract to be an ineffective nutrient here.

This is simply another form of coffee bean; this is the most commonly used coffee bean to brew coffee with.

It’s shown to help you lose fat – but no-one knows whether there’s enough coffee arabica inside for it to work (as it’s inside a proprietary blend).

We don’t really like seeing choline on nutrient profiles of supplements – especially when they contain proprietary blends.

In a nutshell, choline has shown to be ineffective at delivering any useful benefits. But it can cause fishy odors in your breath and body secretions.

Here’s the worrying thing; choline might be filling most of this proprietary blend (meaning most of the blend would be ineffective).

Again, this is a great example of why you should avoid supplements that contain proprietary blends.

We’re not sure why MuscleTech has added l-theaning into Hydroxycut Platinum – it’s able to enhance the benefits of caffeine in smaller servings (reducing the risk of side effects)…but there’s no caffeine inside this fat burner.

As a result, l-theanine won’t do much on its own. We prefer this nutrient in pre-workouts, as increased focus is a key benefit in these supplements.

However, in a fat burner we prefer seeing more nutrients proven to promote fat loss.

Huperzine A is a brain-boosting nutrient that’s shown to improve cognition. However, as we’ve already mentioned, increased focus isn’t a key reason why you’d buy a fat burner for.

Let’s be real here, you buy fat burner supplements when you want to lose body fat and get those abs. Huperzine A won’t help you do this, so we consider this an ineffective nutrient inside Hydroxycut Platinum.

This is the same type of cherry you’d eat and put on top of a cake. While it’s tasty, it’s not really going to help you burn fat.

In fact, we believe MuscleTech has added cherry into Hydroxycut Platinum to join the ‘tart cherry’ bandwagon – but cherry hasn’t proven to help you lose body fat in any studies (making it an ineffective nutrient here).

This is essentially lemon juice, but under a more fancy title. It can help you ‘detox’ and improve your general health – but no studies have shown whether it increases the rate of fat loss.

Again, this is another ineffective nutrient in Hydroxycut Platinum.

If you’ve ever eaten an orange, then you’ll know what tangerine’s are. But if you don’t have a six-pack yet, it’s because tangerines haven’t shown to help you lose body fat in any study.

Ultimately, this is another useless nutrient inside Hydroxycut Platinum.

We’ve grouped these 2 probiotics together; all you need to know about them, is that none of them have proven to promote fat loss. 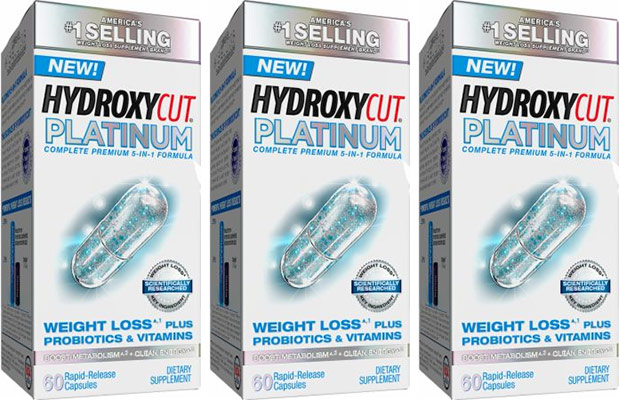 As every ingredient is inside a proprietary blend, there’s an increased risk of side effects when taking Hydroxycut Platinum.

But the main problem with this fat burner is this; Huperzine A has been reported to cause numerous side effects. As a result, we don’t recommend that you consume any supplement containing this ingredient (especially when it’s inside a proprietary blend).

We’re disappointed by this fat burner by MuscleTech, and we can see why it’s gone slightly under the radar. Compared to their other supplements, Hydroxycut Platinum has to be among the worst in their line-up.

We never recommend buying supplements that contain proprietary blends – as you never know how effective or dangerous it’ll be until it’s too late.

Ultimately, to get the most for your cash, you want to know the exact dosages of each ingredient – and more importantly, know that nutrients have been optimally dosed. This will ensure you choose an effective product, instead of wasting your money on useless ones.