Pro Supps are becoming more and more of a key player in the supplements industry. While they’re perhaps better known for their pre workout supplements, this fat burner has also been gaining positive attention.

The benefits advertise ticks all the boxes, so this looks to be a promising fat burner. But to make sure how safe and effective it is, we’ll be taking a closer look at the ingredients in Vanish.

ProSupps are based in the USA, and as we’ve mentioned, they’re better known for their pre workout supplements.

They sponsor numerous athletes such as Hector Lombard and Valeri Letourneau, who are both UFC fighters. But apart from that, there isn’t a great deal of information available about them online.

Wait, what are proprietary blends? Answer: mixtures of many ingredients that you’re only given the overall amount for.

This is a problem due to not knowing the exact amount of ingredients inside, which means you’re left in the dark about how effective they are.

Proprietary blends especially become a problem when stimulants are hidden in them, which is what Pro Supps have done with Vanish in the ‘Fat Burning Matrix’; it’s never a good idea to consume an unknown quantity of caffeine, as you’ll be risk from jitters and crashes. 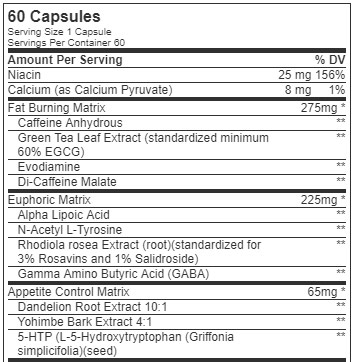 Pro Supps have made a good decision to add caffeine anhydrous in Vanish, as everyone knows it raises your energy levels.

Now, for the purposes of a fat burner, you don’t want to have too much, or you’ll suffer from jitters – remember that this isn’t a pre workout supplement.

The problem is that no-one knows the amount inside Vanish, as caffeine is part of a proprietary blend. Basically, this is one example of why we don’t like when companies use these blends in their products.

No doubt you’ve heard of green tea before, if not consumed it. It’s known to be healthy for a reason – it is.

So what does it do? Answer: green tea leaf extract contains high amounts of EGCG, which has shown to have a positive effect on fat loss.

Add this to the fact that it’s beneficial for your general health, and it’s addition to fat burner supplements is a no-brainer.

But the bad news is that it’s in a proprietary blend. As you know by now, this means you don’t know the exact amount inside – which also means that you don’t know how much is contained.

Evodiamine isn’t the most common ingredient added to supplements, so there hasn’t been a great deal of research conducted on it.

But we know that some people think that evodiamine is capable of raising your metabolism. Although this can’t be proven due to the lack of studies.

As a result, evodiamine isn’t the most reliable ingredient you can find in fat burner supplements.

We mentioned that having 1 stimulant in proprietary blends is bad. Well, it’s even worse having 2 inside…

You know the score by know. No-one knows the exact amount of overall caffeine, which seriously increases your risk of suffering jitters among other side effects.

More commonly known as ALA, it’s a fatty acid that’s thought to be able to raise your metabolism and keep your blood sugar levels steady.

It has shown promising results, but only when added to supplements in very high dosages (around 1,800mg per serving). As the overall amount of the Europhic Matrix blend that it’s inside is only 225mg, it’s not possible for there to be an effective amount in Vanish.

If you’ve seen nootropic supplements before, then it’s highly likely that you’ve seen l-tyrosine in them before.

This is because l-tyrosine is known for it’s ability to improve your cognition, so it’ll be the main reason why Pro Supps have advertised Vanish as being able to boost your focus.

No arguments about this one, but it doesn’t have any effect on fat loss.

Like l-tyrosine, rhodiola rosea is another ingredient that’s able to boost your focus.

But the main reason it’s used in supplements, is due to its ability to reduce muscular fatigue. This is why it’s a very useful ingredient to have in a pre workout supplement.

It’s still useful in Vanish, but ideally, we would have liked to have seen more nutrients able to promote fat loss instead.

This is a neurotransmitter that’s most commonly used to treat depression, anxiety and insomnia.

The most likely reason for GABA being included in vanish, is due to this product containing high amounts of caffeine. But instead of adding an ingredient that (might) counteract the high caffeine dosage, we would have just preferred Pro Supps to have added a lower dosage.

Of course, no-one knows the exact dosage of caffeine in Vanish, as it’s inside a proprietary blend. But as we mentioned, a high caffeine dosage is the most likely cause for GABA being here.

This is a good thing if you’re a competitive bodybuilder that’s about to step on stage, but for a normal person, dehydrating yourself simply isn’t necessary.

This is by far the worst ingredient in Vanish, and it’s probably only a matter of time until it gets banned from use.

Why? Answer: it’s been reported to cause numerous side effects.

There’s simply not need to consume ingredients that have shown to cause side effects. Remember to put your health first when aiming to lose body fat.

This is a naturally occurring amino acid that can encourage your brain to produce more serotonin (which makes you feel happier).

However, it’s not the best idea to consume ingredients that mess with your serotonin levels if you don’t need them. So we recommend only taking 5-HTP when advised to by your doctor, or after being given the thumbs up by a medical professional. 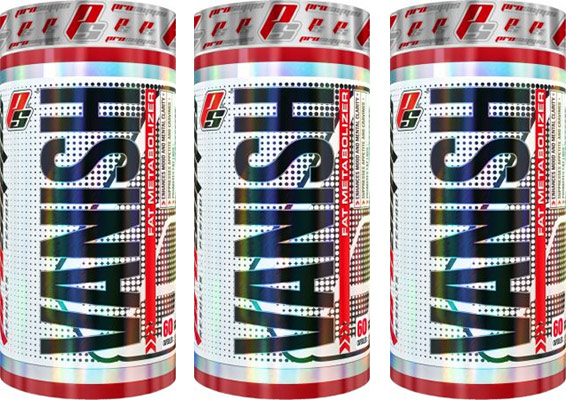 The main problem with Vanish is that it contains caffeine in unknown amounts, as well as yohimbe bark extract; this raises your risk of jitters, while yohimbe can cause numerous issues.

See the potential side effects here:

For a fat burner that usually costs around $41.99, we were expecting much better ingredients to have been added in better dosages.

We were disappointed to see that all ingredients had been added to different proprietary blends, with none of the blends’ overall dosages being very good either (none of them are over 275mg).

Putting this into perspective, studies show that you need at least 500mg of most ingredients for them to be effective (especially green tea extract). So Vanish is most likely not as effective as it’s marketed to be.

You would be able to find much better fat burners on the market for a similar price range.