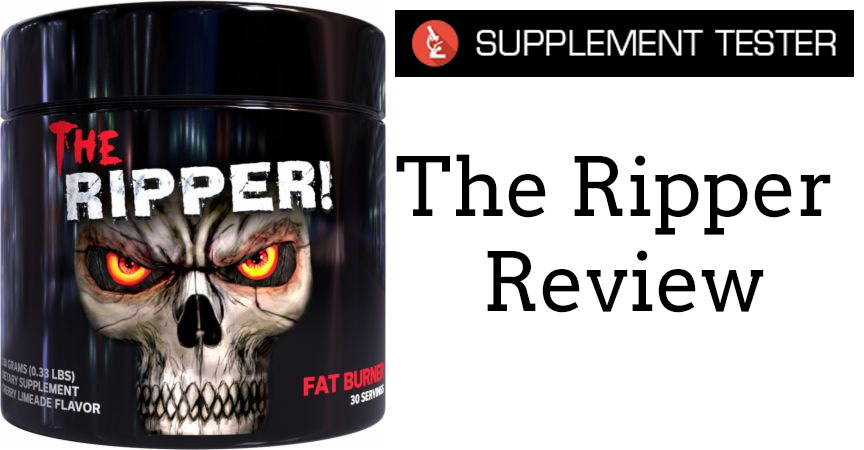 Cobra Labs are well-known for their ‘The Curse‘ pre workout, so we were looking forward to seeing if this fat burner was a good product.

Let’s see if Cobra Labs’ idea can match the leading fat burners on the market. Take a look:

Cobra Labs are a USA-based company that was founded in 2010. Their most popular product is by fay The Curse, which is one of the best selling pre workouts on the market.

As a result, they’ve gained a good reputation in the industry – so let’s see whether The Ripper can live up to their name.

After this arrived through our door, the first thing we checked was its ingredient list – and we weren’t really impressed.

We’re always disappointed when we see proprietary blends – these are when companies hide the dosages of ingredients in blends with fancy titles, to make you think they’re better than they really are.

So what’s bad about proprietary blends? Well, as you don’t know the exact dosages of each ingredient, you also don’t know how effective they are, or whether they’ll cause any side effects; everything needs moderation, and even caffeine can cause negative side effects in large dosages.

Well expand on this in this section, so let’s see what’s inside The Ripper. 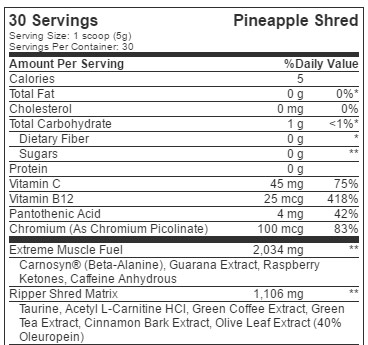 If you’ve ever taken a supplement that’s caused tingling on your skin, then it’s probably contained beta alanine – this ingredient is commonly reported to cause this side effect (known as ‘paresthesia’ in the industry).

Personally, we don’t enjoy this side effect, so we avoid supplements containing it. Not only that, if we’re reviewing The Ripper as a fat burner, then beta alanine has no effect on your body fat.

Guarana is a stimulant that’s believed to deliver the same benefits as caffeine – this is why it’s inside many energy drinks. However, this isn’t a great thing, as it’s inside Cobra Lab’s ‘Extreme Muscle Fuel’ proprietary blend (so you don’t know the exact dosage inside, which increases your risk of side effects).

While stimulants can be great for raising your energy levels during a cut, we prefer caffeine as it’s shown to be safe and effective.

This is one of the biggest gimmicks in the supplements industry; raspberry ketones gained popularity for being a ‘super drug’ that was able to promote fat loss.

However, studies showed that it had no effect on your body fat levels – making it a useless ingredient in any fat burner (or pre workout supplement).

Caffeine is the best stimulant on the market, as it’s proven to be safe and effective over time. However, the problem is this: it’s inside a proprietary blend.

We mentioned at the start that caffeine can cause side effects when consumed in large dosages. Well, it’s impossible to know how much is inside The Ripper as it’s part of a proprietary blend – meaning your risk of side effects are increased.

This is an example of why we don’t like these blends.

Companies add taurine into products as it’s mistakenly believed to increase energy levels (as it’s inside energy drinks). However, studies have shown that taurine doesn’t offer energy boosts – but it can reduce cramps in the gym.

This has no effect on your body fat levels, so we’re writing this down as an ineffective ingredient in The Ripper.

While this is a great ingredient in pre workout supplements, it’s not as useful in a fat burner – if we’re paying for a supplement to help us lose fat, then we want ingredients that offer this benefit.

L-Carnitine’s main benefits are reducing cramps and increasing your focus in the gym – but it doesn’t do much to help you lose fat.

Finally, a key fat burning ingredient! Green coffee bean extract has shown to promote fat loss in numerous studies, and is one of our favorite ingredients in fat burners as a result.

However, as it’s inside the ‘Ripper Shred Matrix’ proprietary blend, it might not be contained in an effective dosage – meaning it might be ineffective here.

Another example of why we don’t like proprietary blends.

This is another key fat burning ingredient proven to work – but it’s also inside a proprietary blend. You need at least 500mg of green tea extract for it to work, and as you don’t know the dosage inside The Ripper, it’s not likely to work.

If you’ve ever had a cinnamon roll, then you’ve tasted this ingredient before. It’s believed to be beneficial to diabetic people, but it’s not shown to have an effect on your body fat levels – making it ineffective in a fat burning supplement like The Ripper.

Cinnamon bark extract might make this product taste better, but it won’t do much to help you lose fat.

This is taken from the same plant used to create olive oil, and is known to promote healthier cholesterol levels. However, it hasn’t shown to help you lose belly fat in any studies. 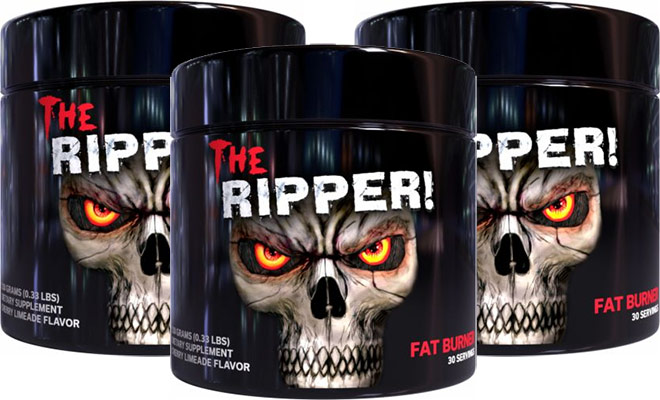 As The Ripper contains proprietary blends, your risk of side effects are increased – which is a big reason why you should know exactly what you’re consuming, to stay safe.

Not only that, Cobra Labs has made a big mistake by including 2 stimulants in proprietary blends – stimulants can cause jitters in large dosages, so it’s never a good idea to hide the dosage from the customer (especially when the daily serving size is 1 scoop per day with The Ripper, meaning you’re getting the full hit of stimulants in one go!)

We were confused whether Cobra Labs designed this to be a fat burner or a pre workout supplement before – and after looking at it’s ingredient list, we’re even more confused.

The Ripper caught our attention as it was listed as a fat burner on numerous retail stores. However, it comes in a daily serving size of 1 per day – meaning it’s not likely to help you burn fat througout the day (only for 1-3 hours).

Not only that, it could contain an overload of stimulants – as they’re hidden in proprietary blends, you’ll only know after you begin experiencing jitters. As a result, it’s nowhere near as good as our top 3 fat burners on the market.