The fat burning market is a very large and confusing place. It’s difficult to work out which product does what and how effectively. Is it really worth the purchase?

Vexxum is a relatively new product on the market, and we’re asking of it just that.

Unlike most fat burners, Vexxum boasts that it’s ingredients are so potent and effective that only a single serving of this product is needed per day.

It’s creator ProSupps has also take a less than conservative approach to how it describes the products features.

I have copied the write up verbatim, just to see how it lines up with the ingredients we will analyzing later, so apparently Vexxum offers:

That’s a lot of capital letters, but does it really live up to the hype? The reviews on Bodybuilding.com seem to think so. But before we get to all of that, let’s look at the company that’s behind all of this. 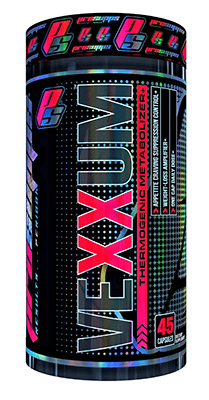 ProSupps describes themselves as “setting a new standard of excellence in performance supplementation”, and they appear to be doing just that.

I remember a while ago when I reviewed one of their Hyde pre-workouts and was pleasantly surprised by the results. Although at the time as was taken aback by the use of proprietary blends, which are a huge no-no in my book.

ProSupps sell a lot of various supplementation products from their site; proteins, fat burners and of course the pre-workouts Mr Hyde and HydeV2. However they’re products are also available from numerous online retailers on the web.

Even though I’m familiar with the ProSupps range and their potent products, I will have to say that I’m not a fan of this supplement only being a one-cap product.

It sets the user up for a crash, considering this is a fat burner, like most, that work with caffeine there should really be a taper off point before bed. If you take it in the morning on an empty stomach (as recommended) the chances of you crashing half way through the day is likely.

And to make matters worse, this unfortunately is another proprietary blend…

Caffeine Anhydrous – A typical, but effective fat burning ingredient to use in this product. Caffeine raises energy levels and metabolism throughout the body to help with weight loss.

Cocoa Seed Extract – Cocoa seed is often overlooked in fat burners. It contains numerous B vitamins and amino acids for energy and can improve dopamine levels which help with attention.

Dicaffeine Malate – Another form of caffeine, actually used by Coca Cola for being less upsetting for the stomach. It has the regular stimulating effects and contributes towards thermogenesis.

Lotus Seed Extract – Helps restore energy by working with the kidneys through it’s astringent properties. It is also said to have an antispasmodic effect which dilates blood vessels and can help with a pump. Although the evidence for this is unproven.

Theacrine – This alkaloid is structurally similar to caffeine, so it’s another stimulant. It works in a very similar way and users may have less tolerance to its effects. However, not much evidence supports this as there is so little research.

Hordenine HCl – The current market replacement for DMAA. It is found in very small doses in many foods and produces fat burning effects in high doses. It is believe to be a noradrenaline reuptake inhibitor which helps with fat loss.

Octopamine HCl – A nootropic designed to increase focus, raise motivation and wakefulness. It’s structurally similar to norepinephrine – the fat burning hormone. However, it is banned by the World Anti-Doping Agencies and the fat burning effects are not proven in humans.

Caffeine Citrate – The citrate salt of caffeine. Caffeine citrate is seen to be a faster acting version of it’s anhydrous counterpart. However due to the citrate, the caffeine volume is lesser and more is required than anhydrous to get the same effects.

Yohimbe Bark Extract – Suppresses fat cell metabolism which greatly aids in the loss of it. Yohimbe is a good fat burning ingredient, however, too much of it can lead to side effects.

Sulbutiamine – Essentially a synthetic property that merges two Vitamin B1 molecules via a sulpher group. It has been seen to lessen fatigue, however there is not enough evidence to prove this.

Rauwolfia Vomitoria Root Extract – The Rauwolscine percentage is the most important part here. Like Yohimbine, it suppresses fat cell metabolism and lowers the body’s need to preserve fat.

I think the last time I came across most of these ingredients was when I was doing HydeV2,

Well as this entire product is a proprietary blend, and a potent one at that, if over used this will cause the usual stim sides: Nausea, dizziness, headaches, upset stomach. We can’t rule them out as of how this blend has been displayed to us.

The Yohimbe Bark may cause other problems as well, without knowing the dosages this ingredient may use a little too much which could cause hypertension, anxiety and gastrointestinal distress. 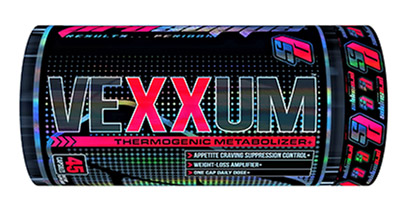 Just like Hyde, this is an insane ride of stimulants to get you pumped in the gym. However it seems to have left the main goal of fat loss by the way side. It will still perform, but more seems to have gone into the experience of the product rather than the results.

Needless to say this is best suited to a very active gym-goer who is looking to lose weight, as this will extend your session ten-fold.

It’s an alright product in my book – but it’s more a preworkout than a fat burner, just don’t get carried away with it.