Green Tea has been consumed for centuries in Asia – and it’s been known for it’s ability to improve general health in countries such as China and Japan for just as long.

There’s many myths about green tea preventing cancer, but one thing that’s this plant’s proven to do: promote fat loss.

In this article, we’ll explain:

What Is Green Tea?

Simply put, it’s a type of tea that’s brewed from the Camellia Sinensis leaves; although black tea is also made from this plant, the difference is that the leaves in green tea haven’t gone through the same oxidation process.

Green Tea is believed to have originated in China and has been around since 600-900AD. However, since then it spread throughout Asia – and is now most prominently grown in:

Over the centuries, Green Tea has gained a reputation as a ‘super’ drink in Asia; it’s been believed to prevent cancer in the past.

But moderns studies have shown that it has no effect on cancer. The good news, is that Green Tea is useful for other things; it’s has been proven to promote fat loss and is beneficial to almost every organ in your body.

Some more good news for those that don’t like the taste of green tea – it doesn’t matter whether you drink it as tea, or consume it in supplements.

Green Tea contains polyphenols called catechins (most notably ECGC); ultimately, this is what makes it effective in helping you to shred belly fat.

However, here’s the problem: studies have shown that you need 400mg-500mg dosages of ECGC daily, to experience increased fat burning potential.

Basically, the average cup of green tea provides up to 70mg maximum ECGC content. This means you’ll have to consume 6-7 cups of green tea per day – which is a lot, if you don’t drink green tea regularly to begin with (and especially if you don’t like the taste of it).

As a result, many prefer to consume green tea as an extract in powder form – which is most commonly found in fat burner supplements.

These products are self-explanatory; they’re designed to help you burn more body fat. But what’s less obvious is how they work.

The best fat burner supplements on the market will:

These are all great benefits to help you on your cutting journey, but let’s return to Green Tea – this helps deliver the first bullet point (raised metabolism) due its catechins.

Studies have shown that the optimal dosage of Green Tea Extract in fat burners is 500mg. When taken throughout your day in 3-4 capsules, this ingredient will ensure that you’ll burn more fat than usual – and reach your fitness goals quicker. 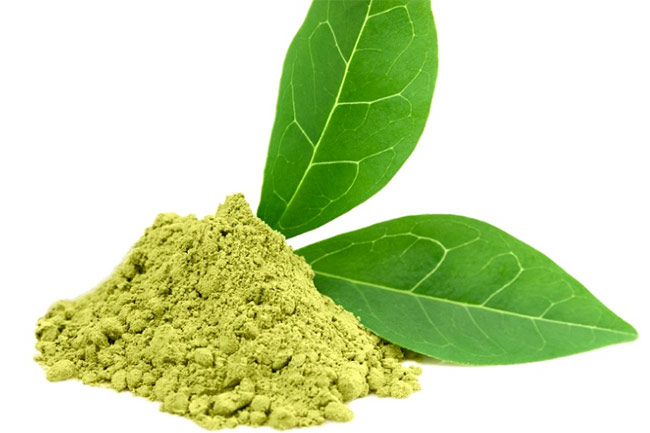 The Science Behind It

We’ve told you how Green Tea can help you achieve your ideal physique (by improving your fat burning potential) – but we never make claims without backing them up, here at SupplementTester.

As a result, we’ve show you the studies that prove Green Tea promotes fat loss in this section. There are countless studies that show Green Tea to be both reliable and effective, but we’ve chosen 3 to prove out point.

A study by Wang H et al.,[1] set out to determine whether Green Tea had any effect on ‘moderately overweight’ people. To do this, they examined 182 subjects after giving them varied measurements of this nutrient.

Result: Over the course of the 90 day experiment, the study found that subjects had lost up to 1.9cm on their waist (as well as 1.2kg bodyweight) – meaning Green Tea successfully promoted fat loss, especially around the abdominal and waist region.

Hursel R et al.,[2] analyzed Green Tea’s effect on weight loss (and weight maintenance) by examining 49 participants. In this study, the subjects were given dosages of green tea throughout – their body weight and body fat levels were measured during this study.

A clinical study by Venables MC et al.,[3] analyzed Green Tea’s effect on fat loss, by examining 12 healthy participants. During this study, the volunteers were asked to perform 30 minute cycling exercises (after consuming Green Tea dosages for the 3 days leading up to this experiment).

Now you’ve seen the studies that prove Green Tea’s fat burning benefits aren’t simply myths. But there’s more to it than that.

Basically, studies have gone further by analyzing green tea on its own; scientists have realized that Green Tea Extract works better when consumed with Caffeine.

Result: The study showed that the participants that digested both Green Tea and Caffeine were able to burn more body fat.

As you can see, Caffeine is able to enhance Green Tea Extract’s fat burning potential. As a result, we believe the best fat burners contain this combination.

However, one thing you need to watch out for is the dosage of Caffeine in fat burners; daily dosages above 300mg Caffeine can cause side effects such as jitters and energy crashes. 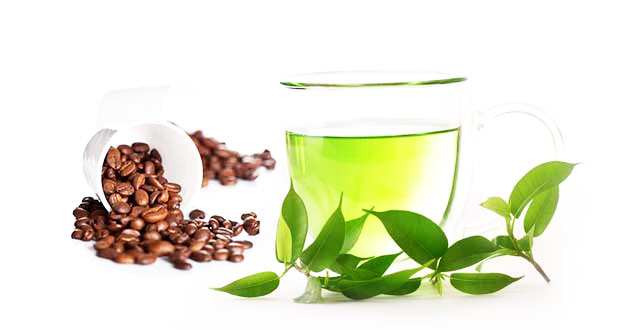 Check Out The
– Highest Rated Fat Burners This Year –

There’s a good reason why Green Tea has been known as a ‘super’ drink over the centuries; it’s proven to benefit almost every organ in your body, and has shown to help you achieve a shredded 6-pack.

However, while it’s a great ingredient, there’s also a reason why fat burner supplements exist – these products contain numerous ingredients that’re shown to promote fat loss (while delivering other benefits like supressed appetite).

Bottom Line: All of these benefits will help you get to your ideal body fat percentage (or weight).