Welcome to the battle of two popular fat burners on the market  – Instant Knockout and Grenade.

Both products are well-known in the industry, but they both have different ingredients inside. Ultimately, ingredients can make the difference between an average fat-burner, and a great one.

So we’ve analyzed Instant Knockout and Grenade, to see which one is better.

Instant Knockout is made by premium supplements company, Roar Ambition. They have a great reputation for producing quality products, as well as great customer service – we’ve never had a problem with them before.

Roar Ambition are endorsed by high-level athletes, with Instant Knockout being used by UFC fighter, Diego Sanchez. Diego claims to use this fat burner when cutting weight before a fight.

Grenade Thermo Detonator is made by Grenade, a supplements company that launched in 2010. This fat burner is their best-selling product, being well-known in the industry.

Instant Knockout and Grenade Thermo Detonator are often compared because they’re both reputable products on the market. You’re probably here because you want the best, so we’ll show you where both products shine, and if they have any problems. 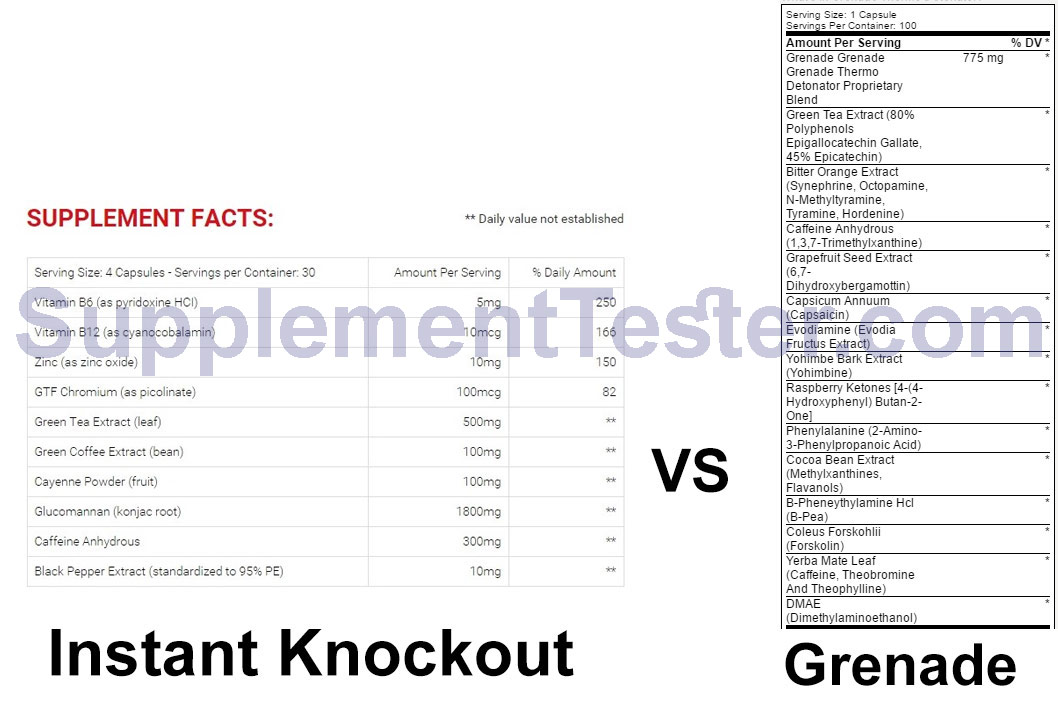 We’ll go through Instant Knockout’s ingredients first. One thing we like about this fat burner is this – it doesn’t contain any proprietary blends.

This means you know the exact doses of each ingredient inside, keeping you safe from suffering any side effects.

Instant Knockout only contains 100% natural ingredients in sensible doses, so you’ll be glad to read that it doesn’t cause any side effects – unless your allergic to any ingredients inside.

What does it do?

We tried instant knockout, and were really impressed with it. It helped us:

We hate to criticize this product, but you can’t ignore this: it’s made up completely of one big proprietary blend. Why is this bad? Because you don’t know the exact amount of each ingredient inside, which can increase the risk of side effects.

There are a number of ingredients that can cause side effects in Grenade. We’ll put them in a list, to save you time:

Instant Knockout is made by a premium supplements company – and it shows. It’s a quality product that only contains 100% natural ingredients.

The thing we liked the most about Instant Knockout, is it didn’t cause any side effects. This was refreshing, as so many fat burners we’ve tried gave us unwanted side effects.

Grenade Thermo Detonator can’t compete with Instant Knockout. Why? All of it’s ingredients are part of one big proprietary blend, so you don’t know exactly what you’re getting.

This is worrying, as Grenade contains some potentially harmful ingredients (Bitter Orange Peel, Yohimbe, and DMAE) – if there are large amounts inside, your risk of side effects will be higher.

Bottom Line: The quality of a supplement is determined by the effectiveness of its ingredients and doses. 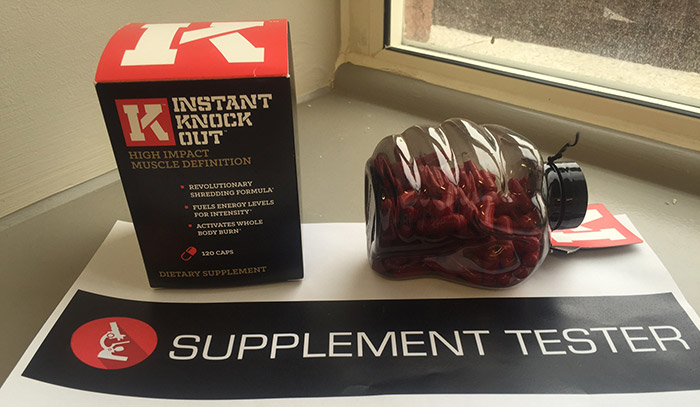