SmartX by Cerebral Success is one of the wider known nootropics on the market, mainly due to the fact it was featured on ABC’s Shark Tank. 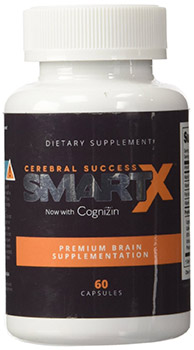 We looked closely at the science, and the people behind what goes into SmartX and if it really is the nootropic stack for you.

This is what we found:

Cerebral Success is an American Based that created SmartX.

From what we can see, Cerebral Success seems to only sell SmartX and claims to offer a 30 day guarantee with the purchase of the product.

After their appearance on ABC’s Shark Tank, little else is known about the company.

You can buy SmartX from Amazon.com, GNC and their company website.

There are some great ingredients in SmartX, containing 3 out of 5 of our top recommended Nootropic Nutrients. However, there’s a problem: They’re in a proprietary blend.

Proprietary Blends ruin supplements – they’re a combination of different ingredients passed off under one value. This means we don’t know how much there is of each nutrient, or how effective it is.

This is particularly bad news when it comes nootropics, where every measurement matters. Take a look a the main ingredients. We’ve broke them down into the good, and the bad options: 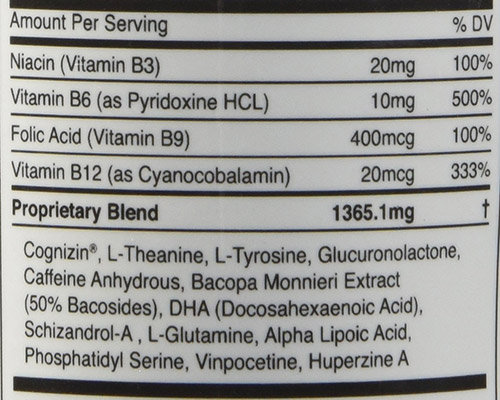 One of the better nootropic ingredients out there. Citicoline is your key to a better memory.

Helping with your brain’s production of choline and uridine, Cognizin gives a huge boost to your brain power, and has even been seen to increase your overall attention span.

Studies have also shown regular supplementation of this nutrient has been linked to reduced cognitive decline in older people.

The only issue here is that studies show Cognizin is only effective around 500 – 2000mg – and as this product is a proprietary blend, we have no way to guarantee it contains this amount.

An anxiety suppressing, memory booster. It’s definitely up there in the field of natural nootropics.

Studies have shown that this nutrient improves verbal learning, memory and prevents against delayed recall or ‘brain fog’.

The only drawback with Bacopa, like Cognizin, is that you need a lot of it to work in doses of 300mg or higher.

From the Periwinkle plant, this extract is more neuroprotective than the other nutrients in SmartX, but it also helps with memory.

Another good choice for a Nootropic. Huperzine-A has been seen to helps stop the break down Acetylcholine, a neurotransmitter that helps with learning and memory. It also aids muscle contraction and control if you’re looking for that edge in the gym.

Caffeine does have its merits for energy production, however, the energy kick it gives is short term. With natural nootropics, you want to supply your brain with nutrients that create long lasting effects.

Not just something that will create a rush for the next hour or two.

This is most worrying ingredient in SmartX, Glucuronolactone. This is mainly due to the fact there has been very little research done on it, yet it is used widely in energy drinks.

It may help overall energy output, but there’s only study that uses Glucuronolactone on it’s own rather than as part of a blend.

It involved injecting rats with the nutrient and seeing how they performed swimming, the effects were unreliable, with it only extending time to exhausting a handful of times.

This is fish oil, which may prevent muscle soreness if taken in high amounts (1000mg). However there is no real evidence for it helping cognition.

Aimed at decreasing blood glucose levels, however, there are no studies that link this to improved cognition.

There’s only one study that supports Schisandra as a cognitive enhancer and it was carried out on stressed subjects. Some evidence seems to suggest the effects were placebo. Further research is needed to know if this is a nootropic that actually works.

If you want to know what you should be looking for in a nootropic, we’ve compiled a list of the top 5 most effective ingredients on the market, and how they work. You can see them all in the link below:

There have been no side effects reported with this product however, the caffeine could be an issue.

Being a stimulant rather than a cognitive enhancer, caffeine may give you the illusion of stronger brain power, but actually only gives you a temporary lift due to it’s short term effects.

Not what you’re looking for? Check out our
– Top 3 Rated Nootropics –

Overall this is one of the better nootropics out there. Although a few of the nutrients used don’t exactly hit the mark, it should do okay for those looking for a memory boost and more cognition.

The main problem with this product is the proprietary blend. As the values of all the ingredients are hidden, we don’t know how much of each is used, or how effective they’ll be. Add on to that the caffeine, and it’s we’re unsure how much of this helps focus the brain and how much is just the caffeine working it’s magic.

Needless to say this isn’t the best nootropic we’ve seen, but it definitely isn’t the worst. It’s made it into our Top 3 Nootropics on the market.

You can check them all out over here: Top 3 Nootropics.