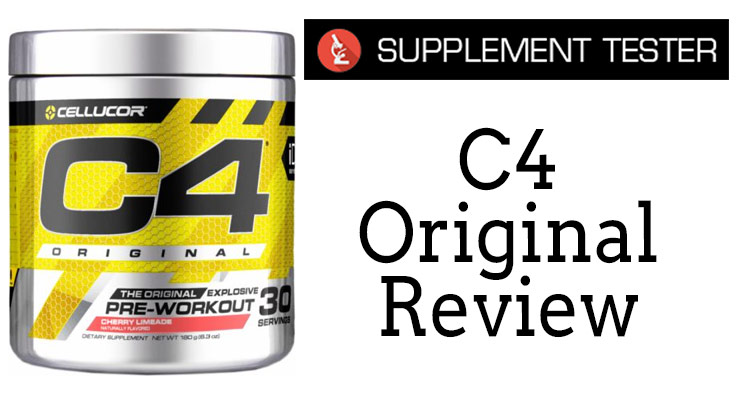 C4 Original is marketed as “America’s #1 selling pre workout”, and has since inspired Cellucor to create a whole series of pre workouts under its name. So can it live up to its reputation in this review?

Cellucor have tried to offer the right benefits for a pre workout supplement. Read on to see whether C4 Original’s ingredient’s back up its claims.

On their website, Cellucor claim to have been leading the market for 15 years after being founded in 2002. They’re well-known for their C4 series of pre workouts, but offer other products including protein poweders and fat burners.

We actually looked on their wikipedia page to gain this info about them, which shows how little they have about their company on their website.

What are proprietary blends? Well, these blends contain a number of different nutrients but are mixed together so you can’t see the individual dosages. This allows companies to hide ineffective ingredients with the more effective ones, which cuts costs and makes them more money. 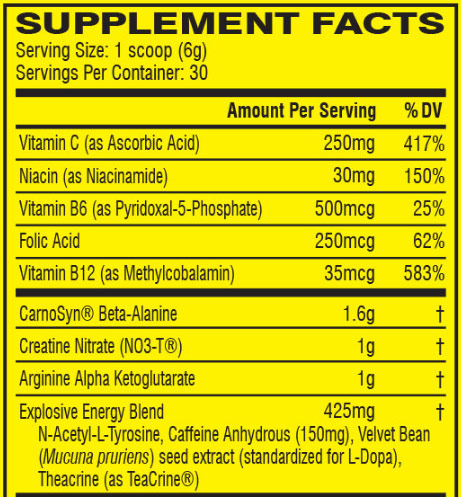 Many pre workouts contain Beta-Alanine as it’s shown to improve your endurance in the gym – allowing you to train for longer at peak levels.

However, it also causes a strange side effect called paresthesia. This is similar to experiencing the ‘pins-and-needles’ sensation, being a tingling feeling on your face, chest, hands, fingertips and toes.

Some people aren’t bothered by this side effect, but we find it distracting when lifting weights in the gym.

In a nutshell, this is Creatine mixed with Nitrate, which is believed to offer the added bonus of enhances muscle pumps.

However, there’s only 1g of this ingredient, meaning there won’t really be enough Creatine or Nitrate to supply you with many benefits here. You’ll probably experienced slightly improved strength and endurance, but no improvements on your muscle pumps.

Also known as AAKG, it’s extracted from L-Arginine and is believed to enhance muscle pumps. However, L-Arginine has a poor absorption rate and is ineffective when orally supplemented – as a result, anything extracted from it will have the same problem.

Studies have shown that AAKG has no effect when consumed in supplements (we’ve posted a picture of a study below):

This is the proprietary blend contained in C4 Original. It contains 4 different ingredients that, as the name suggests, are aimed to boost our energy levels.

But here’s the problem – no-one knows the exact dosages of the ingredients inside this blend (apart from caffeine which Cellucor have generously provided…). This means you won’t know whether the other 3 ingredients are optimally dosed here.

L-Tyrosine can help improve your focus, but has no effect on energy levels. As a result, we believe it’s better in Nootropic supplements, but there’s no negatives to having this in here.

Caffeine is the best ingredient in C4 Original, as it’s shown to improve your energy, focus, strength, and endurance in the gym.

Cellucor has dosed this well, adding a 150mg serving in this pre workout – we always recommend that you consume under 200mg per serving to avoid jitters or energy crashes.

We’re not sure why Cellucor has added Mucuna Pruriens in here – it’s a good testosterone boosting ingredient, but won’t have any immediate effects on your energy levels – not only that, it’s better consumed 3-4 times a day to raise testosterone levels (you only consume C4 Original once per day, so it won’t do much here).

Theacrine is a stimulant that’s believed to be more beneficial than Caffeine – companies think that humans don’t build a tolerance to Theacrine, making it more effective in the long-term.

However, there hasn’t been enough studies conducted on this ingredient, so we’d stick with Caffeine for now. 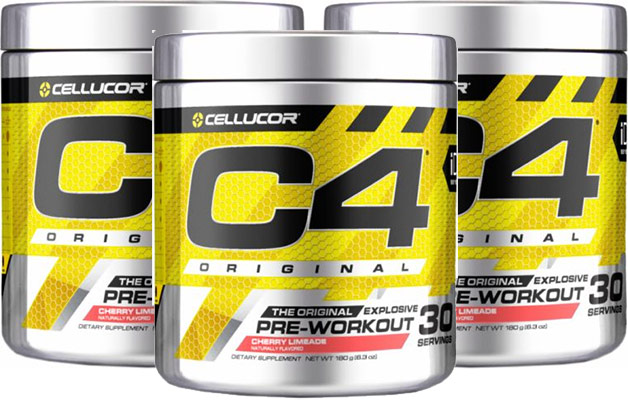 Not what you’re looking for? Check Out
– Our Top Three Pre Workouts Page –

One good thing about C4 Original, is that it won’t cause you any harmful side effects – it has a sensible dosage of Caffeine, which keeps you away from jitters.

However, that doesn’t mean it’s free from side effects. As we’ve mentioned, Beta-Alanine causes paresthesia (a tingling sensation in your face, chest, hands. fingertips and toes).

C4 Original isn’t the worst pre workout we’ve seen. In fact, it’s better than many others we’ve reviewed (as the market is filled with potentially harmful supplements).

But it can’t compete with the best pre workouts available. Here’s why: