Dynamic HGH is a pre-workout supplement by Olympian Labs, which comes in 30 serving containers at $49.50.

As you can guess by its name, this T-booster is designed to raise your HGH levels, as well as testosterone. There wasn’t much information about this product online, so we’ve analyzed its ingredient list to determine its effectiveness. 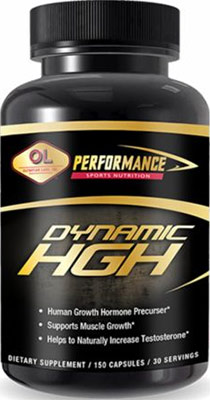 Dynamic HGH was founded in 1992 with the aim of “help people achieve optimal health, well-being, and balance”.

Interestingly, they claim to be “honest and open about every ingredient” inside their products, but Dynamic HGH’s ingredients are hidden inside a proprietary blend – we’ll expand on this below.

This is a problem as you might be sensitive to an ingredient inside, resulting in increased risk of side effects.

Although we don’t know the exact doses of each ingredient in Dynamic HGH, we’ve analyzed its contents to see whether it seems effective. 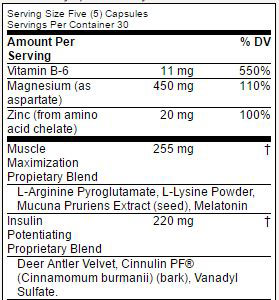 This is the first proprietary blend in Dynamic HGH – you’ll never know the exact doses of each individual ingredient inside.

This may sound complicated, but it’s simply a mix of L-Arginine and Pyroglutamate that’s believed to raise your Human Growth Hormone (HGH) levels.

However, as L-Arginine has a poor absorption rate, it’s not likely to have significant effects on your HGH levels (it’s ineffective in raising your nitric oxide levels due to poor absorption).

Ultimately, L-Arginine Pyroglutamate hasn’t been well-studied, so it’s not proven to benefit you. This is worrying, as the lack of studies conducted on this ingredient means it might cause potential side effects.

This is an amino acid that’s most commonly used to treat herpes simplex. It’s been added into Dynamic HGH as it’s believed to boost Human Growth Hormone (HGH) levels when consumed with L-Arginine.

However, no studies have proven Lysine to benefit you, except from having the ability to reduce symptoms of herpes simplex – this is an ineffective ingredient in a T-booster product.

Also known as Velvet Bean, most studies conducted on this ingredient have researched its ability to combat snake venom and treat Parkinson’s disease.

It’s been added into Dynamic HGH as it’s believed to increase testosterone and HGH levels – this is due its high L-Dopa content.

However, while it’s shown to raise sperm quality, Macuna Pruriens hasn’t proven to boost testosterone or HGH levels in any study – meaning it’s likely to be ineffective in Dynamic HGH.

This is the hormone in your brain that regulates sleep and is most commonly used to aid sleep (decreasing the time to fall asleep). But it’s also shown to raise Human Growth Hormone (HGH) levels in your body in 5mg-500mg doses.

This it the second proprietary blend in Dynamic HGH. Similarly to the first one, no-one knows the exact doses of each individual ingredient inside.

Also known simply as Cinanamon, it’s a spice found in food products. It’s been added into Dynamic HGH due to it’s ability to prevent blood sugar spikes – taking on a glucose load can result in a 25% reduction in T-levels.

However, there’s no evidence to prove that it actually raises testosterone levels. There’s also a problem – Cinnamon allergies aren’t uncommon, and you don’t know the exact dose of it inside the ‘Insulin Potentiating Proprietary Blend’, meaning you might be at risk of side effects.

VPX Sport should’ve replaced this ingredient with something more beneficial – such as Fenugreek Seeds, which is proven to boost T-levels in numerous studies.

This is extracted from the mineral, Vanadium, and is believed to improve muscle pumps and vascularity when consumed in 30-50mg doses.

However, here’s where the problems start. First of all, there’s been no studies to prove that it actually boosts muscle pumps and vascularity in any studies.

Even if it was shown to be effective, Vanadyl Sulfate is part of a proprietary blend – meaning you’ll never know the exact dose inside Dynamic HGH.

VPX Sport should’ve replaced this ingredient with Citrulline Malate or Beetroot Extract, as both are proven to raise your nitric oxide levels, leading to intense muscle pumps during your gym session .

However, muscle pumps aren’t vital in a t-booster, and it’s more of a feature seen in pre-workout supplements. 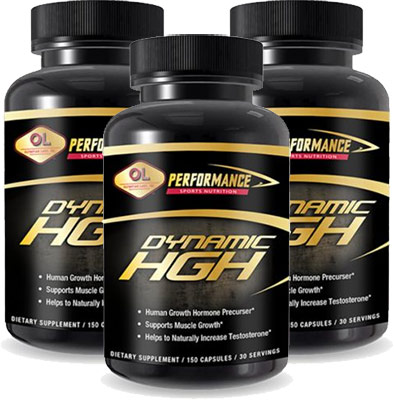 Apart from Melatonin, all the other ingredients aren’t proven to boost HGH or testosterone levels.

Many of Dynamic HGH’s ingredients haven’t been well-studied, so it’s not known whether they cause any side effects – this is worrying, as they haven’t been 100% proven to be safe either.

Cinnamon is the only ingredient that comes with risk of side effects to those that are allergic to it.

For $49.50, you’d expect Dynamic HGH to be a top quality supplement. However, after analyzing its ingredients, this product seems very ineffective at raising your Human Growth Hormone (HGH) and testosterone levels.

We recommend you to look for a product containing key ingredients for a T-booster: