Nano X9 Next Gen is a pre-workout supplement created by MuscleTech. Unusually for a pre-workout, it comes in capsules – in 30 serving containers for $49.99.

This product only claims to deliver one main benefit, so MuscleTech shouldn’t have had too many difficulties making it effective. We’ve analyzed the ingredient list to see whether its contents are clincally dosed, or useless.

Founded in 1996, MuscleTech is a supplement brand marketed by Iovate Health Sciences Inc.

They sell many products, from fat burners in their Hydroxycut series, to creatine supplements in under the Cell-Tech name.

Interestingly, this pre-workout’s ingredients are split into different sections that’ve been given fancy names – to fool you into thinking their better than they are. This is simply a marketing trick, so don’t be fooled.

We’ll take apart each nutrient inside, to show you just how effective this product really is. 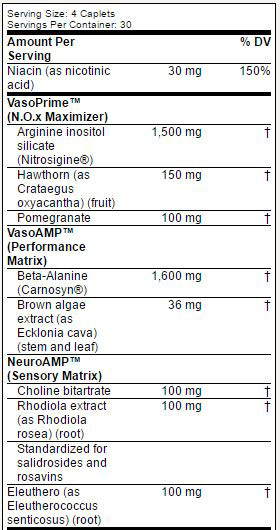 This is simply Arginine bound to Silicate, and is claimed to promote blood flow and muscle pumps in around 30 minutes. However, there’s not any studies to prove this to be accurate.

Also, Arginine has a very poor absorption rate, meaning your body won’t make use of it when orally supplemented – so it doesn’t seem likely for a mixture containing Arginine to be very effective.

This is a berry that’s traditionally used to improve heart health, by controlling cholesterol levels. However, there’s been no human studies on whether it’s actually effective.

Ultimately, Hawthorn isn’t a proven ingredient and is likely to be ineffective – whether it’s effective or not, a pre-workout supplement should’ve negatively affect your cholesterol levels, so there should be no need for this ingredient anyway.

Not only that, this ingredient can cause side effects, such as nausea, fatigue, sweating, headache, dizziness, and insomnia.

Pomegranate is a fairly common fruit, and is a great low-calorie option compared to other fruits. Its edible seeds are a source of anti-oxidants, but that’s where the positives end.

This fruit offers no other benefits, and as anti-oxidants are found in countless, more beneficial ingredients – there’s really no need for Pomegranate to be in a supplement.

This molecule has shown to improve muscular endurance, but it can cause paresthesia in doses over 0.8g-1g.

Paresthesia is a tingling on the skin of your face, chest, hands, and extremities – it’s not life threatening, but it’ll leave you feeling uncomfortable and ruin your workout.

As naNOX9 Next Gen contains 1.6g of Beta-Alanine, you’re almost certain to suffer from paresthesia. There are other ingredients that offer the same benefit without risks of side effects when used properly, like Creatine Monohydrate – so we recommend staying away from Beta-Alanine to avoid the risk of paresthesia.

Also known simply as seaweed, it’s consumed in a variety of dishes in Asia. It’s sometimes used in supplements due to containing Fucoxanthin, which is believed to promote fat loss – but there’s been no studies to prove this.

This is concerning, as you don’t need fat burning ingredients in a pre-workout. There are already top quality fat burner supplements on the market, so a pre-workout can’t compete with them – if you’re aiming to lose fat, look for a fat burner, it’s as simple as that.

You should look for specialist supplements when choosing a pre-workout, filled with ingredients that are proven to benefit your gym session.

This molecule is most commonly found in egg yolks, and is believed to offer cognitive boosting benefits – this is due to Choline turning into acetylcholine (the learning neurotransmitter in your brain).

Choline’s often added into gym supplements as it’s believed to improve endurance and fatigue. However, studies have proven that it’s ineffective at improving your anaerobic running capacity.

Also, for it to have any impact on your cognition, you’d have to consume a 250-500mg dose – naNOX9 Next Gen only contains 100mg, meaning it’s been under-dosed.

Now this is a great ingredient to have in a pre-workout. It provides a variety of benefits, from boosting your cognition, to reducing fatigue and stress levels.

It’s a key ingredient in a pre-workout, and we recommend looking for Rhodiola Rosea when searching for a quality pre-workout.

However, studies have shown this ingredient to be unreliable at proving this benefit – there’s been mixed results in every study.

There are many effective ingredients at reducing fatigue and improving endurance, such as L-Carnitine – this is a much better ingredient to have in a pre-workout, and we recommend looking for a product containing it. 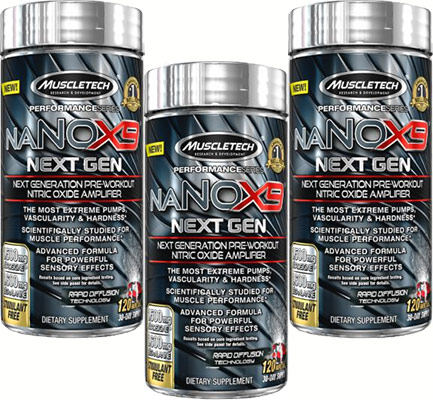 Out of all the ingredients in naNOX9 Next Gen, only Rhodiola Rosea is shown to be effective in a pre-workout supplement.

There are a couple of ingredients in naNOX9 Next Gen that can cause side effects – Beta-Alanine and Hawthorn.

It’s worrying that this pre-workout only has one positive – the fact it contains Rhodiola Rosea, which is a great ingredient to have in a pre-workout.

Apart from that, the other ingredients cause side effects, are under-dosed, or are ineffective at benefiting your gym workout – making it poor value for money.

We strongly recommend that you look for other options when choosing a quality pre-workout – for a product that aims to offer the single benefit, it’s surprisingly bad.

Key ingredients for a pre-workout include Citrulline Malate, Creatine Monohydrate, Caffeine & L-Theanine (these last two form a ‘smart-caffeine’ when consumed together, enhancing the benefits of Caffeine without risks of side effects).