Savage Roar is a pre-workout supplement by Dynamik Muscle. It comes in 30 serving containers, in 2 flavors – Forceful Fruit Punch and Pina Colada Crash.

This pre-workout contains some key ingredients. But it also comes with potentially harmful nutrients, such as Synephrine. 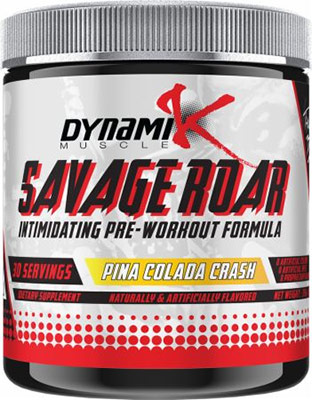 Dynamik Muscle is a supplements company founded by Kai Green. They produce a variety of supplements, from pre workouts, to whey protein – as well as gym clothes.

There’s a statement on Dynamik Muscle’s website from Kai, stating that “Everything released by Dynamik Muscle has my official stamp of approval” – so lets see whether Savage Roar can live up to this standard.

There’s an interesting mix between key pre workout ingredients, and those that can cause side effects. But we like that Savage Roar doesn’t contain any proprietary blends – so you know exactly what you’re getting. 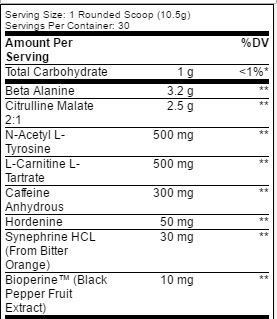 This molecule is added into countless pre workouts, due to it’s ability to enhance muscular endurance.

However, here’s the problem – it can cause paresthesia in doses over 0.8-1g. What’s paresthesia?

Paresthesia is a tingling on the skin of your face, chest, hands and extremities  – it’s not going to kill you, but it’s uncomfortable enough to send you home from the gym.

This is a key pre workout ingredient when dosed correctly. It’s optimal dose is between 6,000mg-8,000mg, and has shown to deliver intense muscle pumps when consumed in this amount.

How does it work? Well, Citrulline Malate turns into L-Arginine in your kidneys, which raises your nitric oxide levels. This results in increased blood flow and stronger pumps while you lift weights.

However, as there’s only 2.5g in Savage Roar, you’re not likely to experience its full benefits.

However, it doesn’t offer huge benefits to your gym session – for this reason, it’s more suited to a Nootropic supplement.

This is used to improve sporting performance, as well as cognition (focus, alertness, reaction time). One of the key ingredients in any pre workouts.

Caffeine is one of the best ingredients to have in a pre workout supplement – it boosts strength, endurance, and cogntition (focus, alertness, reaction time), which are all great features of a pre workout.

But here’s the bad news. There’s a huge 300mg dose of Caffeine which could cause side effects like jitters or energy crashes – especially to those sensitive to Caffeine.

The optimal dose of Caffeine is 15-200mg, so you’ll experience its full benefits, without risking side effects.

This is a molecule found in numerous plants, and is believed to possess fat burning properties. But here’s the problem – there’s not been much studies conducted on it, so it’s not even proven to deliver this benefit.

In any case, fat loss isn’t the main function of a testosterone booster, so there shouldn’t be ingredients that only offer fat loss in here.

This is the worst ingredient in Savage Roar – it’s known to cause side effects, such as high blood pressure and fainting.

It’s been used in fat burner supplements, as it’s considered the perfect replacement for Ephedrine – for those that don’t know, Ephedrine was banned for causing harmful side effects.

However, Synephrine hasn’t shown to be any safer than Ephedrine. This is why you should avoid any product containing Synephrine.

This is a great ingredient when consumed with effective nutrients – Black Pepper Extract improves the absorption rate of other ingredients that it’s consumed with.

However, it won’t have any effect in Savage Roar, as almost all of the ingredients have been dosed incorrectly – it might actually increase the risk of side effects by increasing the absorption rate of Synephrine. 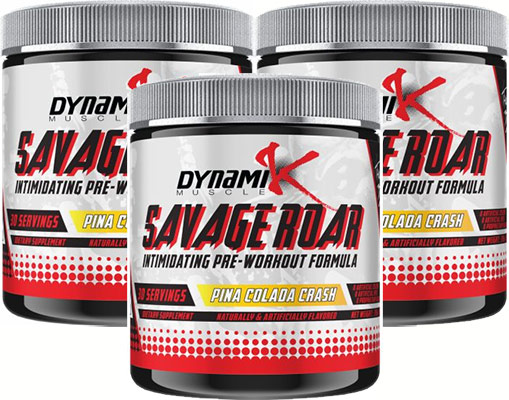 There are few concerns with Savage Roar – Synephrine and the high dose of Caffeine could cause some problems.

Here’s the potential side effects from taking this pre workout:

Ultimately, this product isn’t worth the $32.99 asking price. None of the ingredients have been optimally dosed – meaning you might not experience any benefits, even from the key pre workout ingredients.

It also contains Synephrine, which has been banned in the USA due to causing harmful side effects.

We recommend looking for pre workouts that contain more key ingredients, without any that can cause side effects – 100% natural ingredients should keep you safe, while providing numerous benefits to boost your gym session.