Alpha X Boost is a “natural” testosterone booster that boasts some positive online reviews, as well as a few awful ones. It comes with 30 servings and costs around $40.

The blurb for this product calls it the “most well-rounded formula on the market”. Now – we’ve heard claims like this one many times, and few test boosters deliver. Let’s see if Alpha X Boost is an exception to this rule…

We can’t tell you much about the company or people behind Alpha X Boost. This is because the Alpha X Boost website doesn’t provide anything besides a description of the product.

Press the “rush my trial” or “get your free bottle” buttons on the spammy-looking homepage and you’re redirected to a page peddling Musculus X, which appears to be a different product with no obvious relationship to Alpha X Boost.

Our first thought was that this product has been discontinued or the company has gone bust, but the product is still available on one or two third-party sites.

The background and reputation of the company behind a product isn’t always a sign of quality. Yet the complete of info here has started ringing alarm bells. Maybe the product can ease our concerns about its makers…

As always, the first thing we look for in any testosterone booster is a transparent list of ingredients and doses – as a consumer, you deserve nothing less. Sadly, that’s not what you get with Alpha X Boost.

This supp contains nine ingredients, eight of which are stuck in a proprietary blend. 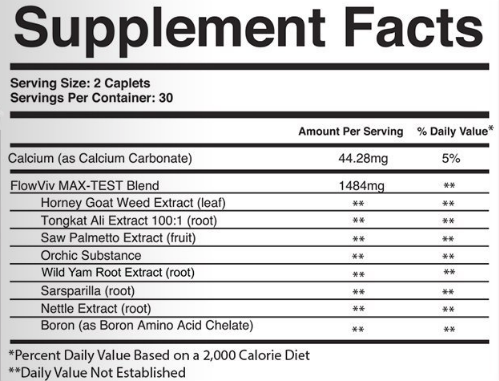 What does science say?

This root of this claim is the presence of bioactive compounds – such as eurycolactone and eurycomaoside – which are thought to boost activity of the CYP17 compound in the testes.

But as it stands, rats have been used as subjects for the vast majority of studies. As such, it’s impossible to say whether Tongkat boosts T or combats erectile dysfunction in men.

WebMD states Tongkat Ali may be unsafe to take “in large amounts.” This is because some preparations have been found to contain mercury and/or lead.

So while it produces no adverse side effects in doses up to 600mg, the lack of research raises concerns about the safety of this ingredient beyond that limit.

Up until just years ago, Saw Palmetto was a popular supplement among bodybuilders.

It was widely touted as a testosterone booster – but studies show it has no significant effect on either the male hormone or its lesser-known sibling, dihydrotestosterone (DHT).

While side effects are said to be uncommon, Saw Palmetto has been known to cause mild stomach discomfort.

Orchic Substance (or Orchic Extract) is made from cattle testes. It has been used to increase testosterone and raise sperm counts, although there is currently ZERO evidence to support this claim.

Due to the limited research, there isn’t enough data to determine whether Orchic Substance is safe or not.

But as this ingredient is made from animal parts, this raises concerns about the (as yet unproven) potential transmission of diseases.

Wild Yam Root (or Dioscorea Villosa) is thought to mimic estrogen due to its similar structure to estradiol, the body’s active form of the female hormone.

As a result, it’s very strange to see this ingredient in Alpha X Boost. To be fair, Wild Yam Root is also thought to have similar T-boosting effects to DHEA. But this link to a banned substance is definitely a cause for concern.

In truth, Wild Yam Root has been subject to very limited research. With this in mind, all claims on its uses are pure guesswork. As a result, it’s a shame to find it here.

While Wild Yam is largely safe, WebMD states “large amounts can cause vomiting.” But as this ingredient is part of a proprietary blend, there’s no way to tell how large a dose Alpha X Boost provides.

Misspelled as ‘Sarsparilla’ on the Alpha X Boost label, Sarsaparilla is used by some bodybuilders to increase testosterone and lean muscle mass.

An increasing number of marketers are claiming Sarsaparilla contains sterols which the body can then convert to testosterone and produce anabolic effects. However, there is no evidence to back up these claims.

Besides a few possible (largely supposed) health benefits, Sarsaparilla is likely to be a useless addition to this test booster.

While perhaps a little picky, we’d find it hard to trust a company who can’t even spell their ingredients properly – it’s unprofessional and suggests a lack of regard for both the product and user.

Finally! A T-boosting ingredient backed by some form of science!

Nettle Extract is shown to inhibit the sex hormone binding globulin (SHBG), a protein which can rob testosterone of its anabolic power.

This makes the male hormone more freely available in your body, which helps enhance your sex drive, while also helping to prime your body for muscle gains. Nettle Extract also contains beta-sitosterol, a compound which elevates your T-levels even further.

During our time testing supplements, we’ve found 160mg of Nettle Extract to be the optimal dose for boosting T. But as the people behind Alpha X Boost hide dose info in a proprietary blend, we can’t be sure it contains enough to give you the desired effects.

As the whole formula adds up to a paltry 1528.28mg, it’s unlikely that Alpha X Boost contains enough of anything.

To take advantage of all Boron’s test boosting effects, you need between 5mg and 10mg. But again, the proprietary blend gives us no way to tell whether this product contains enough (or too much) Boron to give you the full benefits. 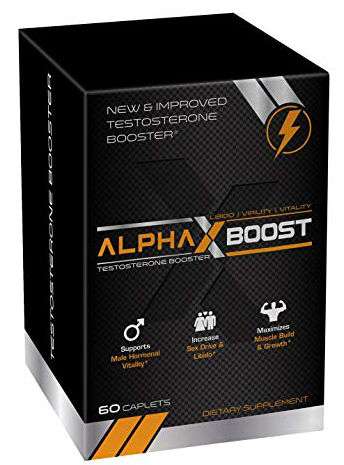 On the whole, the ingredients in Alpha X Boost are safe to take orally. However, due to the lack of research on six out of eight main ingredients, it’s impossible to say for sure how safe Alpha X Boost really is.

Although not yet confirmed, there are concerns that some ingredients may cause the following health issues:

The proprietary blend also raises concerns about the potential for side effects. Without knowing how much of each ingredient Alpha X Boost contains, it’s impossible to say for sure how safe the product is.

This worrying fact alone should be enough to convince people to stay away from it.

Where to Buy Alpha X Boost

As we said earlier in this review, the Alpha X Boost website looks like junk – it’s plastered with buy-it-now buttons – but when you press any button, this takes you to another website for a completely different product.

So it’s safe to say you can’t buy it from the product website – is this a sign that Alpha X Boost has been discontinued? Who knows.

Alpha X Boost isn’t available from GNC either – the only place we could find it was Amazon.com. At the time of writing, a third party company offers 60 capsules for $37.97 on Amazon.

At this time, Alpha X Boost only ships with the United States.

Alpha X Boost is not a good test booster.

The best thing we can say about this product is that it contains two great ingredients in Nettle Extract and Boron – both of which you’ll find in at least one of our top three testosterone boosters.

However, six out of Alpha X Boost’s eight key ingredients are seriously undertested. Most of the claims about these ingredients are either debunked, or they lack any basis in science.

The use of a proprietary blend also raises questions about safety.

Experts suspect, that in large doses, some of these ingredients may cause adverse side effects. But because of the limited studies, there’s no way to tell either way – and that’s the problem.

Then’s there’s the complete lack of info about the company behind the product. The brand website looks very spammy and acts as a kind of hidden gateway to an ad for another test booster.

While it contains one or two decent ingredients, pretty much everything about Alpha X Boost is a cause for concern. Its proprietary blend, spammy product website and mostly untested ingredients all scream “AVOID!”

Whether you want to boost testosterone as a way to enhance your sex drive or gain lean muscle, there are far better and more reliable products to help you do this.

So carry on your search by looking for a test booster with ONLY proven ingredients as part of a transparent formula.