Gamma-O is a testosterone booster supplement by Gamma Labs. It comes in 60 serving containers at $47.36.

This product focuses on the Japanese rice bran called ‘gamma Oryzanol – it’s not very commonly used in supplements, so let’s see whether it’s a better option than the tried-and-trusted ingredients like Vitamin D3 and Fenugreek Seeds. 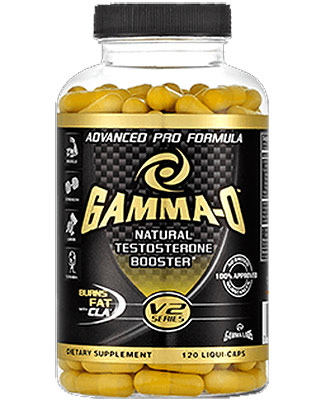 We weren’t impressed with Gamma Lab’s website – every page took ages to load, and we would’ve clicked off if we were interested in buying their products from their site.

Gamma Labs is a supplements company founded in 2004, with the aim to “find the healthiest, most effective way to enhance athletic performance using 100% natural, legal, and effective formulas”.

Gamma-O has a small nutrient profile, with an overall quantity of 1,250mg – most supplements contain ingredients with bigger doses than this.

It contains some unusual ingredients that you probably haven’t seen before – so we’ve analyzed each ingredient to show you how effective Gamma-O really is. 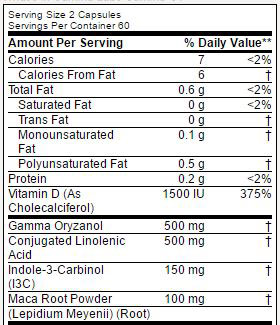 This substance is extracted from Japanese rice bran. It’s most commonly used to treat high cholesterol and symptoms of menopause – but it’s also believed to boost testosterone and human growth hormone (HGH) levels.

But here’s the problem – Gamma Orzanol hasn’t had any effect on T or HGH levels in any studies, even reducing testosterone in one animal study.

It’s worrying that Gamma Labs has created a whole supplement based around an ingredient that isn’t effective.

More commonly known as CLA, it’s believed to have fat burning properties and boost general health. This is a problem, as fat loss isn’t a key feature of a testosterone booster – that’s what fat burner supplements are made for.

However, studies have shown mixed results, making it very unreliable.

Gamma-O only contains 500mg, so it’s almost certain to be ineffective in this supplement.

This substance is found in such vegetables as broccoli, brussel sprouts, kale, and turnips. It’s most commonly used to prevent breast cancer, among other types of cancer.

It’s been used in Gamma-O as it’s believed to have an effect on testosterone levels. But no studies have proven that Indole-3-Carbinol actually raises T-levels – making it unreliable.

Maca is a vegetable that’s part of the broccoli species, that’s been used as an aphrodisiac for decades. Studies have shown that it raises libido levels, but there’s bad news.

Maca doesn’t have any effect on testosterone levels. However, a boost in libido is a good feature of a testosterone booster – so this is definitely the best ingredient in Gamma-O. 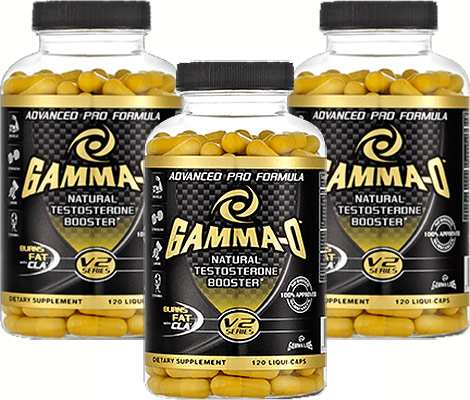 This product doesn’t come with any known side effects, as most of its ingredients haven’t been studied. This is worrying, as you’re at risk of suffering from potential side effects, without knowing what they might be.

Ultimately, the best testosterone boosters contain proven ingredients that don’t come with any potential side effects.

This supplement contains some unusual ingredients, such as Gamma Orzanol, and after analyzing them, we can see why they’re not commonly used – because they’re not shown to be effective in any studies.

Ultimately, Gamma Labs has created a testosterone booster supplement based around an ineffective ingredient (Gamma Orzanol). We recommend that you look for a T-Booster containing optimal amounts of key ingredients, like Vitamin D3, Fenugreek, and D-Aspartic Acid.