Supremacy 2.0 is a testosterone booster supplement marketed by Neogenix. It comes in 60 serving containers for $42.81.

Neogenix insist that you’ll gain 1 pound of muscle per week when using Supremacy – quite a bold claim. So let’s take a look at its ingredients to see whether it’s capable of delivering.

Neogenix are a supplements company that aim to “ensure quality at a great price”. However, we couldn’t find much more information about them on their website.

Neogenix claim to only use “pharmaceutical-grade ingredients”, so we’ve analyzed Supremacy 2.0’s ingredient list to see whether it’s on point.

One positive from looking at this product, is that none of its ingredients are hidden in any blends – meaning you know the exact doses of each ingredient inside.

However, the serving size is a negative – 3-4 servings per day is the most beneficial, so your body can be topped up with optimal amounts of T-boosting ingredients. But you’re advised to take 1 serving of Supremacy 2.0 daily, so you won’t be experiencing the full benefits of each ingredient contained. 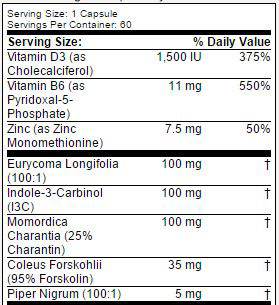 Also known as Tongkat Ali, it’s believed to be an aphrodisiac and have the ability to raise T levels – while it’s shown no effect on testosterone, it’s proven to have a positive effect on libido.

However, here’s the bad news. Eurycoma Longifola Jack’s only increased libido when taken in doses of 200-300mg. Supremacy 2.0 only contains 100mg, so this ingredient’s been seriously under-dosed – meaning you might not experience a boost in libido.

This is a substace found in vegetables, such as broccoli, brussel sprouts, cauliflower, kale, and turnips. It’s most commonly used to prevent types of cancer.

It’s been added in Supremacy 2.0 as it contains Diindoylymethane (DIM), which is believed to regulate hormone levels by inhibiting the conversion of testosterone into estrogen.

However, a natural testosterone booster like this, isn’t strong enough to raise T-levels enough for your body to begin converting T into estrogen – only steroids or pro hormones will cause this.

In effect, Neogenix have tried to trick you into thinking Supremacy 2.0 is equally as strong as steroids by adding Indole-3-Carbinol.

Also known as Bitter Melon, it’s believed to raise your testosterone levels due to a study conducted in 1998. However, there hasn’t been enough research on this ingredient for this result to be considered reliable.

Not only that, Momordica Charantia’s known to cause serious side effects – such as vaginal bleeding, liver toxicity, diarrhea, and vomiting.

We recommend staying away from this ingredient, to avoid its potential side effects.

This is a herb used traditionally in Indian medicine (Ayurveda) to boost testosterone and lower body fat. However, the studies conducted on Coleus Forskohlii are very unreliable, as some show positive results, while others are negative.

Not only that, these studies used 250mg per serving, while Supremacy 2.0 only contains 35mg – meaning it’s almost certain to be ineffective in this product.

Also known as Black Pepper, it’s used on a daily basis worldwide, to make food taste better. However, not many know about the benefits it offers when added into a supplement.

Black Pepper improves the absorption rate of other nutrients it’s consumed with, making the product more effective overall. However, for this ingredient to be effective, it relies on the quality of the nutrients in a supplement.

Unfortunately, as Supremacy 2.0 only contains 1 proven ingredient to benefit you in a T-booster supplement, Black Pepper isn’t likely to have much of an effect here. 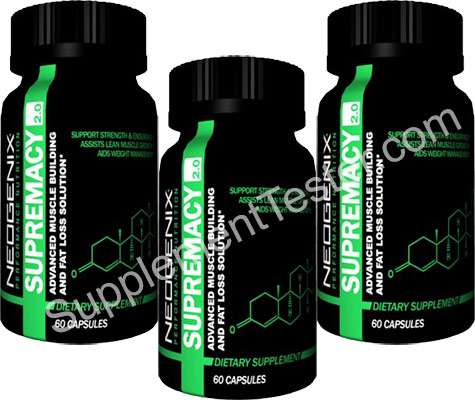 With only 1 proven ingredient to benefit you in a testosterone booster, Supermacy 2.0 doesn’t look very effective.

There’s only really one ingredient that comes with risks of side effects in Supreacy 2.0 – Momordica Charantia. But this ingredient’s potential side effects are very serious.

Here’s the list of the possible side effects you could experience:

Not What You’re Looking For? Click here for
– Our Top Rated Testosterone Boosters –

For the price ($42.81), you’re not getting many benefits in return. The only ingredient that’s shown to provide a suitable benefit in a testosterone booster is Eurycoma Longifolia Jack.

Other ingredients, such as Momordica Charantia, come with risks of serious side effects, which should be enough to put you off this T-Booster.

We recommend looking for a product that contains key testosterone boosting ingredients, such as Vitamin D3, D-Aspartic Acid, and Fenugreek Seed.