As we read in another Test1fy review, this test booster’s name reads more like a lazy PC password than the name of a quality supplement.

But as it’s been getting some glowing reviews online, we’re keen to give Test1fy a spin…

Has Olympus Labs also been lazy with the ingredients, or does the silly name belie a great product? Let’s find out:

With its references to the “hazy mists of time”, Ancient Greece and “the reigning gods”, it’s clear Olympus Labs is named after one of the 12 gods of Greek mythology.

Apparently, the guys behind it are “proud to present a line of products that will turn men into demigods.” And from what we can tell, they do this by avoiding “cheap marketing tricks and ideology.” 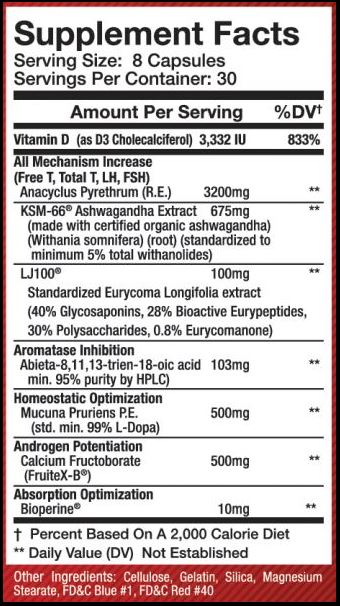 Otherwise known as Cholecalciferol, D3 is actually more of a hormone than a vitamin – and it’s a fantastic T-boosting ingredient.

In fact, we love D3 so much that we wouldn’t want to touch a test booster without it.

This is because a lot of research shows D3 boosts free and bioactive testosterone; it also helps you pack on lean muscle, increase strength and cut fat.

Why you need more Vitamin D3

The skin naturally absorbs Vitamin D via sunlight – that’s why it’s known as the ‘sunshine vitamin’.

Despite this, experts estimate that more than 1 billion people worldwide don’t get enough of the nutrient. Vitamin D deficiency is even high in regions that get a lot of sun. For this reason, it’s important to take more of it in a supplement.

Research shows that doses of 3332IU and above are optimal for boosting testosterone. Test1fy contains 3332mg, so it gets full marks here!

Anacyclus Pyrethrum is a traditional herb used as an aphrodisiac in Ayurvedic medicine.

Early rodent research appears to confirm the ancient claims of its ability to enhance virility and sex drive, as well as its neuroprotective effects. Its apparent power may be due to the presence of alkylamides, a group of promising bioactive compounds.

However, it’s important to stress that Anacyclus Pyrethrum hasn’t been reliably tested on humans under scientific conditions. As a result, it’s too early to justify its use in this test booster (or any other).

You’ll find Ashwagandha in some of the best test boosters around, so it’s refreshing to see it here too.

Eurycoma Longfolia also goes by the names of Longjack, Tongkat Ali. Native to tropical Asia and Africa, the plant is notorious for being extremely itchy to the touch.

Some evidence also suggests it’s an aphrodisiac and pro-fertility agent. It’s likely the plant’s bioactive compounds (such as eurycolactone and eurycomaoside) are responsible for improving sexual performance.

Meanwhile, one study shows a link to increased T in stressed men, but there’s zero evidence it does the same for those who are free from tension.

One early study also suggests it can help regulate blood glucose in trained individuals with low body fat, which (if true) could also lead to an increase in T-levels.

And we’ve seen at least one website declaring this ingredient to be some sort of magic elixir.

But despite its early promise, there’s nowhere near enough evidence to justify using Abieta-8, 11, 13-trien-18-oic Acid in this test booster.

Mucuna Pruriens (aka Velvet Bean) appears to improve sperm quality and motility; it may also boost testosterone in infertile men, but there’s little proof it has the same effect on men without any fertility issues.

This supplement contains 500mg of Mucuna Pruriens – which is too much (the optimal amount is 300-400mg).

This is probably because this ingredient is a rich source of Boron, which has been shown to boost testosterone and decrease estrogen.

You’ll find Boron in at least one of our favorite T-boosters, so it’s great to come across it during this Test1fy review.

Bioperine is a patented form of Piperine (aka Black Pepper Extract). Its main purpose in a multi-ingredient supplement is to boost the absorption rates of different nutrients. 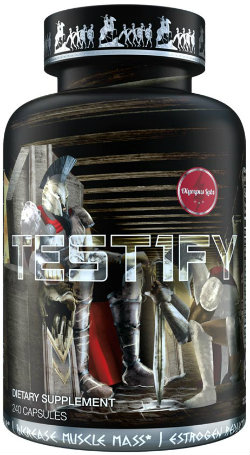 The ingredients in Test1fy are safe to take (unless you’re allergic to any of them).

It contains some awesome T-boosting ingredients – we’re always pleased to see the likes of Ashwagandha, Boron, and (especially) Vitamin D3 in the test boosters we try out.

Anacyclus Pyrethrum and Calcium Fructoborate also show promise for their apparent ability to raise T-levels. But here’s the problem…

The issue we have with promising ingredients is just that – promise is not proof. We never advise using any ingredients that are undertested – you want to know it DOES work, not that it MIGHT work, before handing over your money.

Another issue we have with Test1fy is that while it contains some strong T-boosters, it’s also missing quite a few other essential ones. These include D-Aspartic Acid, Ginseng and Magnesium, to name just three.

So while Test1fy is quite good, we believe you can do better.