Bradley Martyn’s released a new pre-workout supplement for 2017 called Uncompromised Pre-Workout. His aim was to deliver a product that improves your vascularity and improved your focus.

But what about improvements in strength? We believe that a pre-workout should boost your strength, to help you smash your PB’s and make gains!

Anyway, we’ll analyze the ingredients in BMFIT’s Uncompromised Pre-Workout – to see whether it’s worth trying, or another gimmick trying to steal your money. 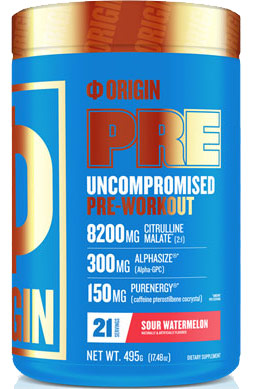 BMFIT is a supplements company founded by Bradley Martin – a ‘kind-of’ famous bodybuilder, but nowhere near the leagues of Ronnie Coleman or Kai Green.

Basically, we’re politely trying to say that he’s not enough of a ‘legend’ (or one at all), to justify having his own supplements company named after him.

We couldn’t find an ‘about us’ section on BMFIT’s website, so we couldn’t find out when they were established. However, we saw that they market pre-workouts, a whey protein, BCAAs supplements; as well as weightlifting belts and water bottles.

Uncompromised Pre Workout contains 4 ingredients, designed to improve your vascularity and focus in the gym.

We like that it contains an optimal dosage of Citrulline Malate (over 6,000mg), but it doesn’t contain any ingredients that’ll boost your strength – which should be a key benefit of taking a pre-workout supplement.

We’ll take you through each ingredient, and show you just how effective Uncompromised Pre-Workout really is.

This is the best ingredient in Uncompromised Pre-Workout, and it’s been dosed optimally (anything above 6,000mg is a great dosage).

Basically, Citrulline Malate’s shown to raise nitric oxide levels, which in turn boosts your blood flow. This means you’ll experience better muscle pumps while performing any exercise in the gym.

Beta-Alanine is a molecule that’s shown to enhance your endurance in the gym. But there’s one problem – it causes paresthesia in dosages above 0.8g-1g per serving.

As you can see, Umcompromised Pre-Workout contains 3,500mg Beta-Alanine per serving; meaning you’re almost certain to suffer from paresthesia (tingling on the skin of your face and body).

Paresthesia isn’t harmful, but it can be quite umcomfortable and take the focus away from your gym session.

This is a patented ingredient that’s made and marketed by a company called CHEMI Nutra. BMFIT clearly hasn’t done any research here as they claim AlphaSize improves your power output.

However, CHEMI Nutra only advertise this ingredient as a cognitive enhancer – meaning it only boosts focus.

Another patented ingredient, this is made by a company called ChromaDex. It’s claimed to deliver 30% more caffeine into your system than normal caffeine found in other pre-workouts.

If this is true, then you’ll be sure to experience jitters and energy crashes. However, there isn’t any issue with the absorption rate of normal caffeine anyway – so ChromaDex are really trying to fix a problem that isn’t there.

It’s no wonder that the majority of companies use normal caffeine instead of PURENERGY. 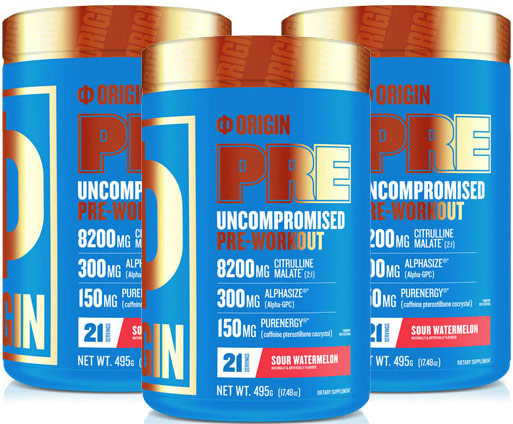 You’re at risk of suffering from one main side effect with Umcompromised Pre-Workout, and that’s paresthesia.

However, as the PURENERGY caffeine dosage is supposed to be very strong, you might be at risk from suffering from jitters and energy crashes too,

For this reason, we recommend that you stick to pre-workouts containing normal Caffeine Anhydrous – this is proven to be safe and reliable.

Paresthesia is a tingling on the skin of your face, chest, hands, and extremities – it isn’t harmful, but it’s distracting and counter-productive to your gym session.

For this reason, we usually stay away from Beta-Alanine (this causes paresthesia in dosages over 0.8g-1g).

Here’s the side effect you could experience:

Not what your looking for? See Our
– Top Three Pre Workout Supplements Page –

We’ll give credit where it’s due, as BMFIT has dosed Citrulline Malate well; meaning you’ll be sure to experience enhanced muscle pumps in the gym.

However, the problem is that none of the ingredients in Uncompromised Pre-Workout will improve your strength in the gym. Ultimately, this makes this product a ‘one-trick-pony’.

You can find better pre-workouts that contain ingredients shown to boost your strength, endurance, focus and endurance – all in one package.